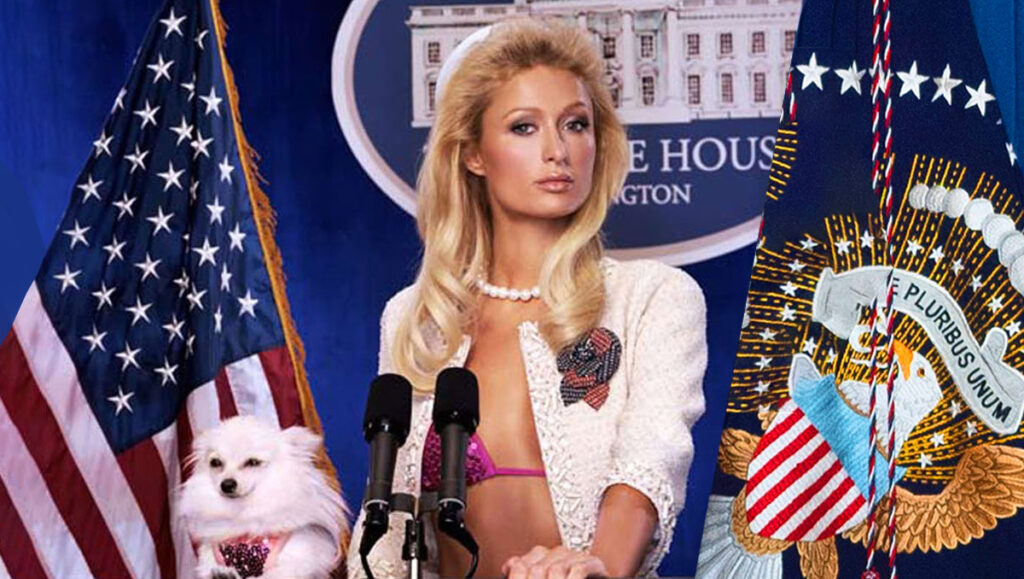 The Trump team has today conceded defeat in the 2020 election, stating that there is no longer any clear path to victory for Donald Trump. Speaking to the press via their new official spokeswoman Paris Hilton, team Trump announced their farewell party would be held at The White House candle emporium in Delaware, after a slight mixup in venue bookings.

However, members of the press expressed confusion at the announcement, with CNN asking why exactly Trump had suddenly replaced Kayleigh McEnany as the official spokesperson. “All I know is they called up and asked if they could book the Paris Hilton,” explained Paris, “though I’ll admit I’m a bit confused about why they wanted to know my capacity.”

However, leaks inside the White House have revealed that the Trump team didn’t want Paris Hilton at all, instead having attempted to book the Hilton in Paris, Texas for a conference. “God fucking, fuck, I did it again!” Rudi Giuliani was heard shouting, as he booked a Mitsubishi fridge to take him to the airport. “I really don’t understand why we lost.”