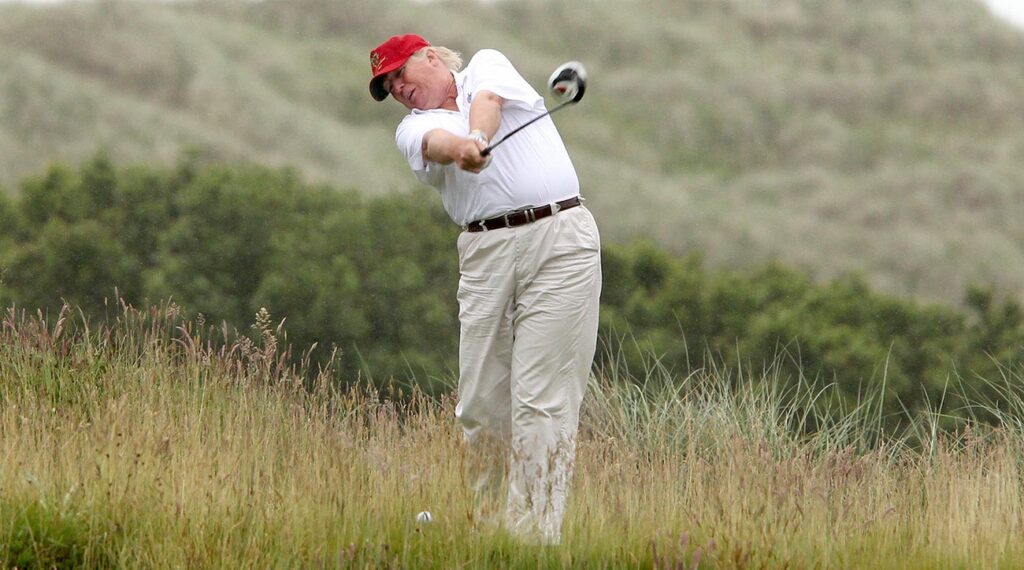 Donald Trump is looking forward to spending exactly the same amount of time on the golf course after he relinquishes the presidency, according to sources within the White House who haven’t seen the President in weeks.

“Being president was tough, especially the sand traps,” explained Trump. “I’m looking forward to ignoring whatever job I have next just as much as I have ignored this one, as I continue to play a game that, despite all the hours I’ve put in, I am still not very good at.”

Trump revealed that he was looking forward to playing with ordinary white collar criminals again, instead of politicians and heads of state. “When you’re president everybody just wants something from you,” he said. “Like a signature on a birthday card for your son, or a cogent response to a basic interview question.”

The former casino operator added that he is looking forward to spending less time with his family.