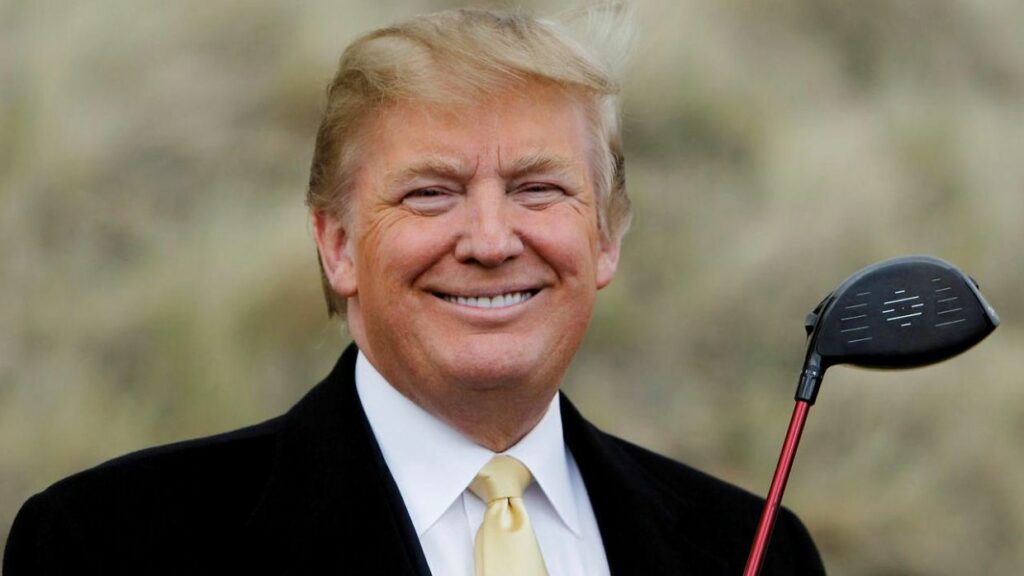 President of the United States Donald Trump has today declared he will be taking the day off to vacation at his Mar A Lago resort, following a stunning first 100 days as President which saw the former reality TV show host and bankruptcy enthusiast come very close to following through on some of his election promises.

When questioned by reporters about why he would choose to play golf to mark the occasion after having openly criticized the previous President for the same thing, and in the midst of high tensions with North Korea, Mr Trump said they he felt that he had earned the vacation, given how hard he had been working. “I’ve earned this,” Mr Trump told reporters, “After all, it’s been almost 5 days since I last took some time off to play golf. Everyone needs a little me time once in a while, and I’m sure North Korea will still be there when I get back. South Korea too hopefully.”

Mr Trump also took the opportunity to highlight some of the top successes of his first 100 days in office. “There’s been a lot of winning since I took office, a whole lot of winning,” said Trump. “Like how we finally addressed the issue of corruption in Washington by hiring six former Goldman Sachs executives, how we almost repealed Obamacare but then decided not to, how Kellyanne Conway smoothed over concerns from the press by describing lies as ‘alternative facts’ and promoting Ivanka’s clothing line, the time our National security adviser quit after his first day due to lying about Russian ties, that time I appoined a climate denier as the head of the Environmental Protection Agency, the time we admitted we’d build the Mexican wall by making Americans pay $2.6 billion for it, that time I accidentally appointed Steve Bannon to the National Security Council because I didn’t read what I was signing, the time I pissed off the leaders of China, Australia and Mexico in my first day introductory phone calls, the time I declared NATO was obsolete and then decided it wasn’t a few weeks later, the time I introduced a travel ban on a whim which turned out to be illegal. Oh and how about that time my press secretary accidentally denied the Holocaust? Boy, we’ve really made America great again!”