World
Trump Jr releases Facebook DMs with Putin as further proof against collusion
1st of your 1,000,000 free articles this month 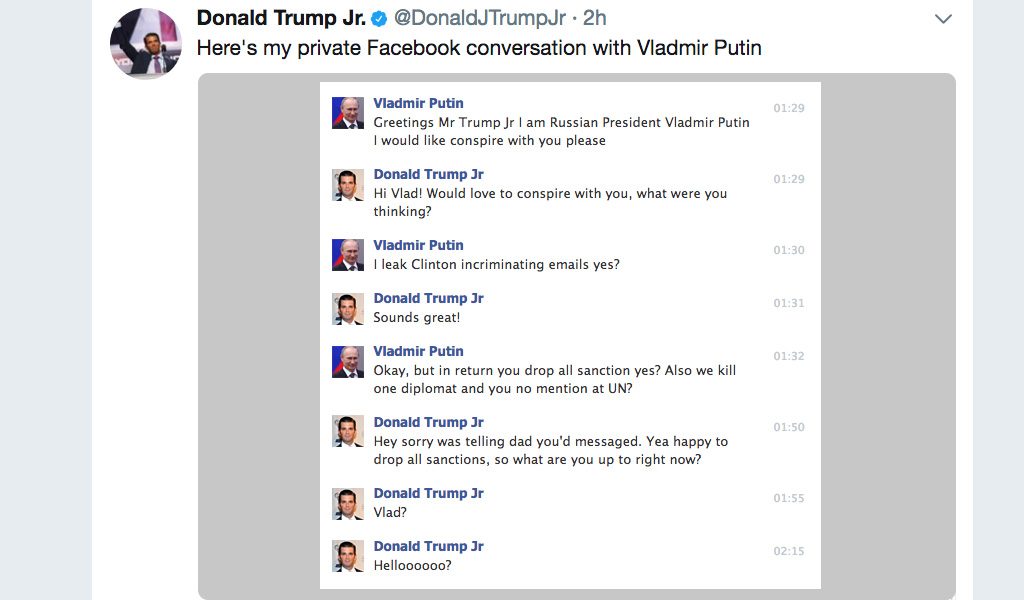 Donald Trump Jr has today released a series of private conversations he held with Russian President Vladmir Putin leading up to the 2016 election, as further proof there was no collusion between the Trump campaign and the Russian government. Seeking to put an end to months of “unsubstantiated speculation” Trump Jr said that the Facebook message stream would prove that he and the Russian President simply spoke about “the weather, adoption, and the possibility that the Russian government might hack a few election booths in our favour, nothing more.”

The images of the conversation were also followed up by a series of photographs tweeted out by Mr Trump, showing pictures of him shaking hands with the Russian President, accepting a large bag of money with a dollar sign painted on it from the Russian President, and being handed a large USB flash drive with the words “Hilary’s hacked emails” prominently written on it. 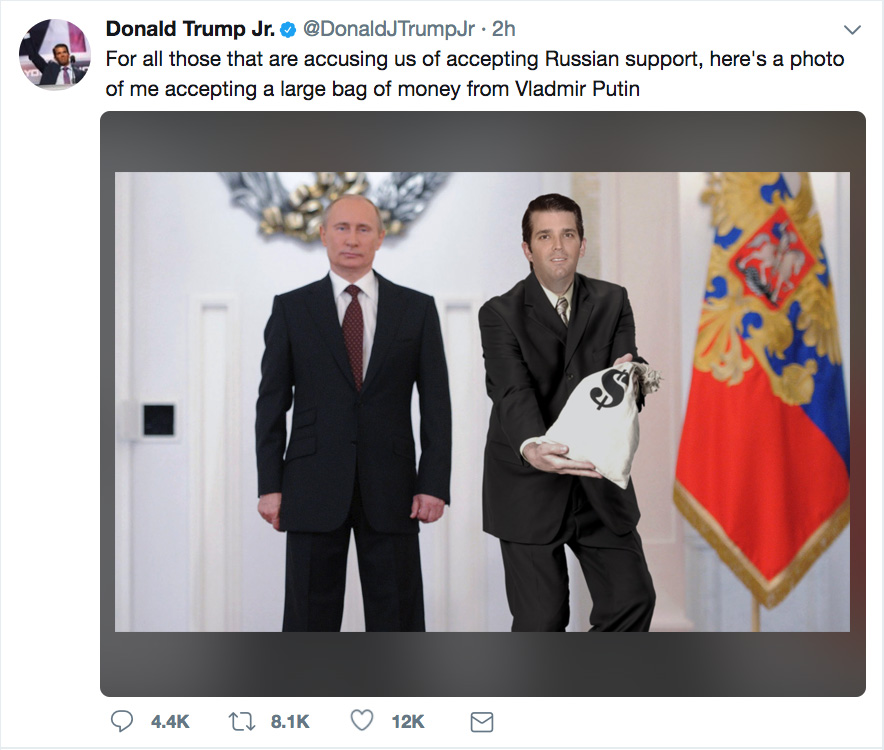 This was followed shortly after by a further series of closer, more detailed photos of the USB flash drive with Donald Jr tweeting “See, no collusion here. Just look at what’s written on them. Hillary’s hacked emails. Just standard electioneering.”

Lawyers for the Trump administration were not able to be contacted at the time of publication due to a prior commitment to stand alone at their office window, screaming curse-words at the top of their lungs.