World
Trump honors 30 years since the Berlin Wall by promising to build an even bigger wall
November 10, 2019 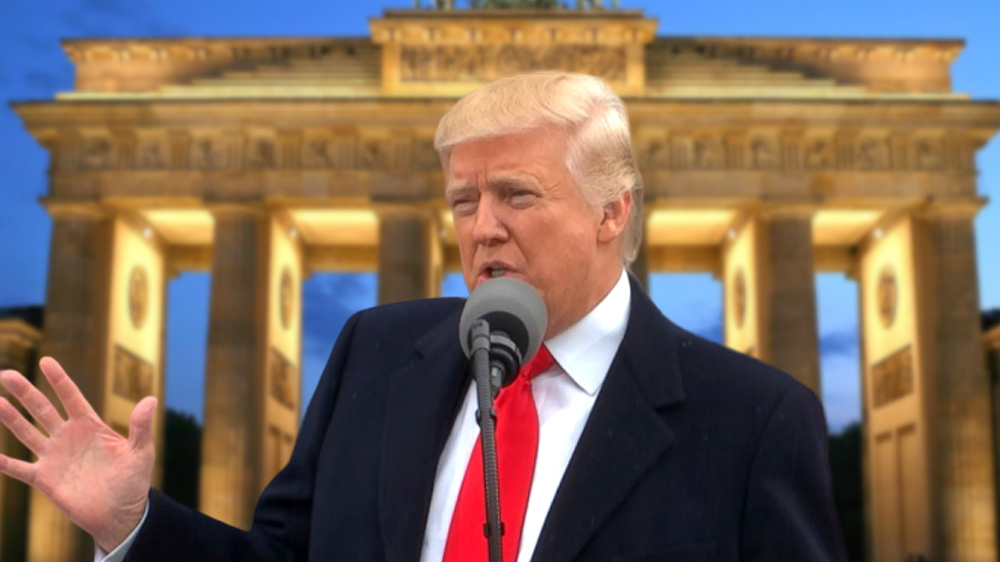 President Donald Trump has today honored the people of Germany at the 30th anniversary of the fall of the Berlin Wall, stating that if he had build the wall it would never have been torn down.

“Today marks 30 years since the Germans decided they would let Mexicans across their border, and look at the country now,” said Trump fronting crowds in Berlin. “Crime rates have skyrocketed. People are terrified to leave their homes. That’s why today I am pleased to announce my plan to help Germany to build an even bigger, better Berlin wall that can never be torn down, thanks to generous funding provided by my good friend Vladimir Putin.”

“Trump Wall will be 10 stories high, complete with the most luxurious accommodation, and will only cost a fraction of the price of the original Berlin Wall because I will stiff all the contractors out of their paychecks when it’s done,” announced Trump.

“In fact, I’ve even hired one of the original designers of the Berlin Wall, just to make sure we get it exactly right. So I’d just like to say on TV now because I know he’s listening, Mr Gorbachov, let’s build this wall!”