World
Trump drowns his sorrows with a strong glass of bleach
January 21, 2021 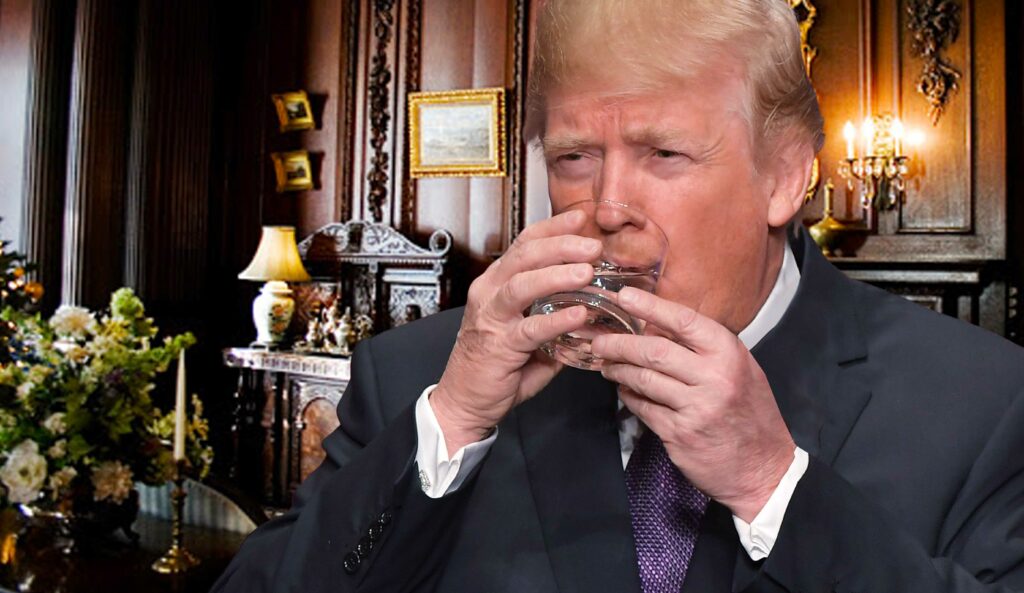 Former President of the United States and internet troll Donald J Trump has today sat down to survey his legacy over a nice chilled glass of ’18 vintage Clorox.

“Well my business empire may be in ruins, I may owe hundreds of millions in taxes, my reputation and name might be mud, and I may have been indirectly responsible for the deaths of 400,000 people,” smiled Trump, “but at least I built my wall. Well, part of my wall. Also it was a fence. And Mexico didn’t pay for it. But I got to keep this White House pen so I think we can chalk the experience up to a win.”

The President, who lost all seats of government in just one term, only months after contracting a deadly virus, and weeks before causing an angry mob to storm the capitol, sighed wistfully as he thought about all the lives he managed to improve during his term as President. “Just think of Little Jimmy the billionaire stock trader who can finally afford to buy his family a third yacht with his tax breaks. Or the poor struggling multi-national company CEOs who finally have a bit of cash tucked away because they no longer have to fork out for their employee’s healthcare. Or my lawyer Michael Cohen who… oh damn I forgot Michael’s still in jail, completely forgot to pardon him. Oh well, I guess you win some you lose some.”