World
Trudeau checks with staff if he can do blackface now that he’s in a minority
October 22, 2019 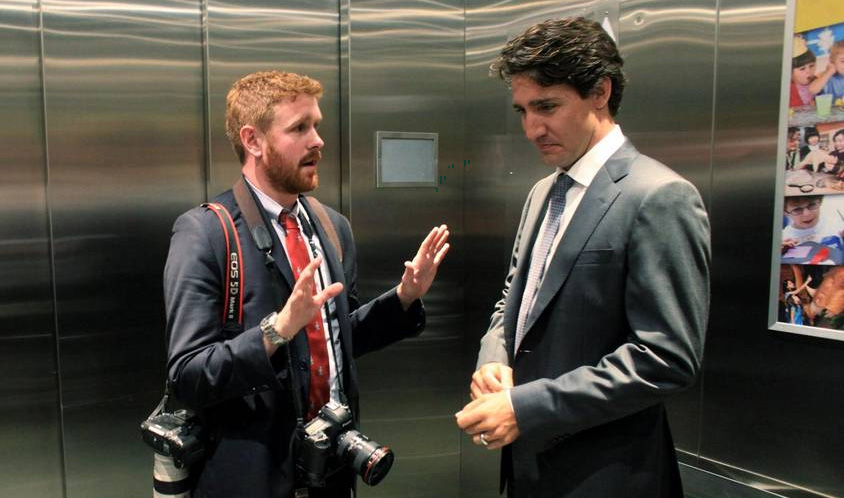 Canadian Prime Minister and pinup model Justin Trudeau has today celebrated his narrow victory in the Canadian federal election, which has seen his party form a minority government in the face of a string of scandals leading up to the election.

“While it may not be the victory we hoped for,” announced Trudeau this afternoon, “we can at least take solace in the fact that as a minority I am now able to wear blackface, or at least I think that’s how it works… oh, okay wait… no I’ve just been told by a staff member that is not the case, well shit, what a terrible day.”

Trudeau also announced that his first action as the newly re-elected Prime Minister would be to telephone former and close friend American President Barack Obama just to double check that black-face is right off the cards. “You know Barack and I have always had a close working relationship, maybe even a friendship,” explained Trudeau, “so if I have a black friend then I’m allowed to… okay wait no, I’ve just been informed by a staff member that it’s still not okay.”

However, despite Trudeau’s backdown, staff members are still on high alert, with many worried what Mr Trudeau has planned for this year’s halloween festivities. “We’ve already had to rule out his ideas of going as a coal miner and a chimney sweep,” explained one frustrated staffer. “I think we’ve finally reached a compromise, though I’m still a little unclear about why he wanted to go as Scarlette Johannson.”