WRITTEN BY
Lachlan
For The Chaser 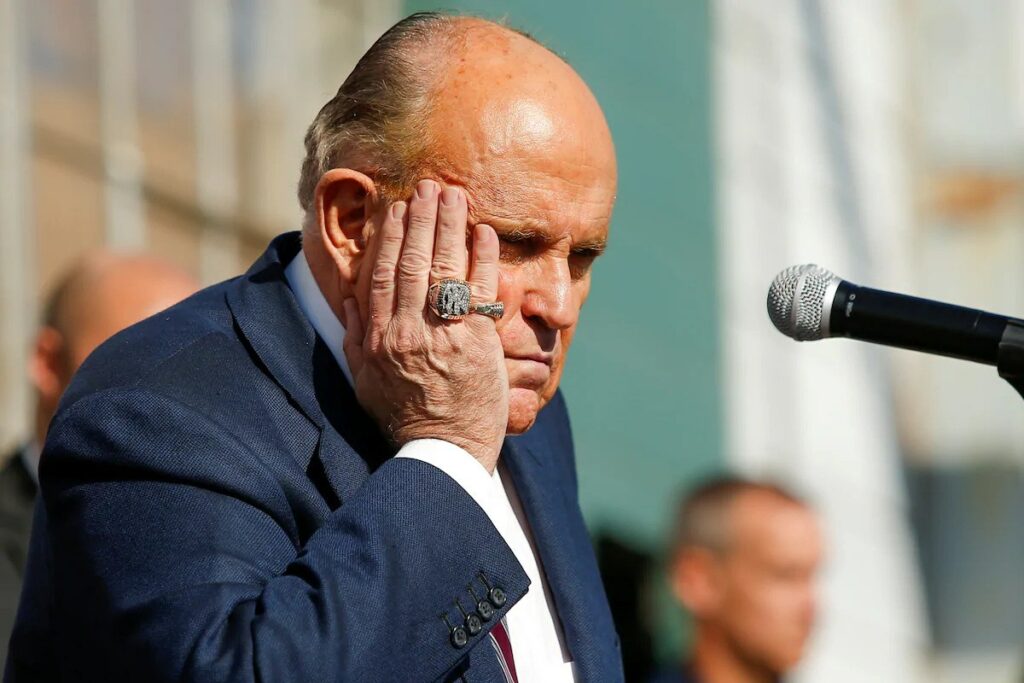 By Lachlan
Loser President Donald Trump has today announced that his personal lawyer Rudy Giuliani has contracted coronavirus in what may be the best news yet for Trump’s legal bid to overturn the election. Having received a positive result yesterday while hundreds of miles from home, Giuliani was advised by medical professionals to self-isolate in a nearby hotel, which the lawyer made quick action to book himself a cushy place at The Four Seasons Landscaping Centre.
“I’ll need somewhere that has lots of open space,” Giuliani muttered scrolling through the pot-plant section on his phone. “And somewhere with lots of beds for in case I get visited by any actors pretending to be minors again.”
Despite the instance of the Trump’s team that they had always planned for Giuliani to ride out the next two weeks in the manure aisle of a local homewares store, sources inside the White House have suggested that Giuliani had actually planned to book a suite in the Four Seasons Hotel and Resort. Giuliani has disputed these claims and threatened to sue any journalists who makes these claims, all the way to the Carpet Court.
Thankfully, given Mr Giuliani’s frequent history of bookings with the particular landscaper, the lawyer had earned himself enough loyalty points to become a member, and was permitted to stay at the landscaping firm, with staff saying they could do with the extra hands. “Yea it’s a bit unorthodox, but given how often the guy books out the carpark we figured we owed him a favour,” said the owner Paris Hilltown. “Besides, we’ve never seen a guy that can manufacture such a steady stream of manure. Every time he opens his mouth it’s an absolute torrent.”
If you enjoyed this article, consider becoming a contributor to the Chaser Beer Fund. For just $1 a month you can help us employ 20 more interns. DONATE NOW