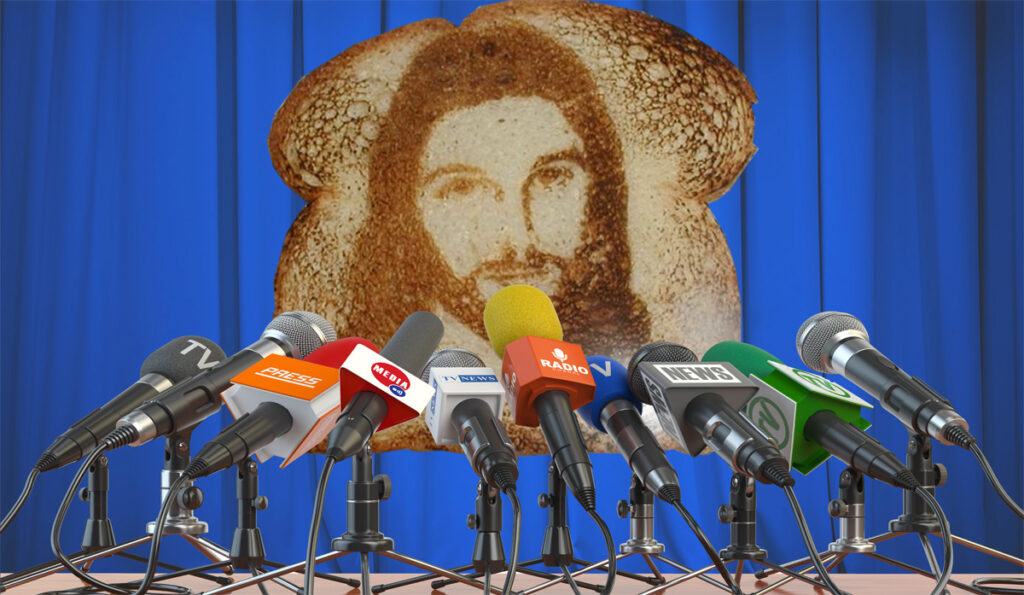 All seeing deity and part time carpenter Jesus H. Christ has today placed the members of the Australian Christian Lobby on the priority list at heavens gate, after hearing that the organisation has pledged $100,000 to help a rich footballer sue his former employers. Taking a moment out of his busy three week residency as a piece of toast, the creator of the universe told reporters that he was glad to finally see some Christians taking the initiative to give money to rich celebrities, instead of the boring old sick and destitute that the protestants keep banging on about.

“I’m so sick of those fucking plebs,” moaned Jesus during his weekly press conference on the mound, “if I have to listen to one more sob story from some needy bugger praying for a sandwich I’ll literally cry blood. Just once I’d like a movie star or a rock musician to make their way to heaven, maybe even a few strippers, then we’d really be able to get a party started up in here. And when I say rockers, I don’t mean bloody U2 or Bob Gheldoff either, god I’m sick of their ‘holier than thou’ attitude.”

“The fact is, Folau was only following my teaching when he breached his contract. As I once told a young king ‘If you want to be perfect, sell what you have and give to the poor‘. Admittedly Folau jumped the gun a bit and gave up the money before even getting his hands on it, but what good would $4 million have done the poor anyway. Hungry mouths can wait, slagging off gay people on instagram should always come before the other sections of the bible that talk about loving thy neighbour and all that hippy crap.”