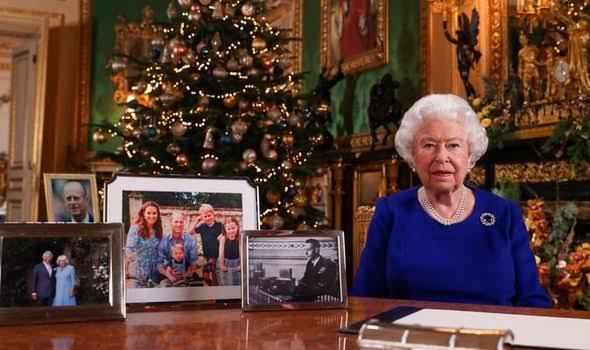 Queen of the Commonwealth of Nations, Defender of the Faith and part-time postage stamp Elizabeth II has today broadcast her seasons greetings around the world, while Royal guards kept the rest of the family under lock and key at the Tower of London to make sure they can’t make any more of a mess of things this year.

“One had a … difficult year in 2019,” said the Queen as she tactfully alluded to the time her son was accused of engaging in the trafficking of teenagers for sex, “like all families, we have had our ups and downs.”

“Still, it does not help to dwell in the past, and one hopes we can all enter 2020 on a fresh new page, and leave our problems behind in this decade,” the Queen continued, in reference to the fact that she has ordered a hit on Prince Andrew to be carried out by December 31.

“One is reminded of past moments when seemingly insurmountable problems simply opened new doors, much like the parable of God closing a door to open a window,” explained the Queen, alluding to the fact that the much publicized falling out between Prince Harry and Prince William means that she doesn’t have to put up with Harry’s drunken antics at Christmas dinner this year.

“It would do us all well to dwell on how fortunate we are to have our health and our families at this time of year,” the Queen closed, in a subtle nod to the fact that, as the commander-in-chief of five of the world’s largest standing armies, she has the power to assassinate anyone who continues digging into the Epstein scandal.

“Merry Christmas,” said the Queen “and thank fuck that year’s over. Oh wait, are we still going out live? Jesus fucking Christ… well sod it, lets just launch the nukes, and start over. If anyone needs me I’ll be in my bunker.”