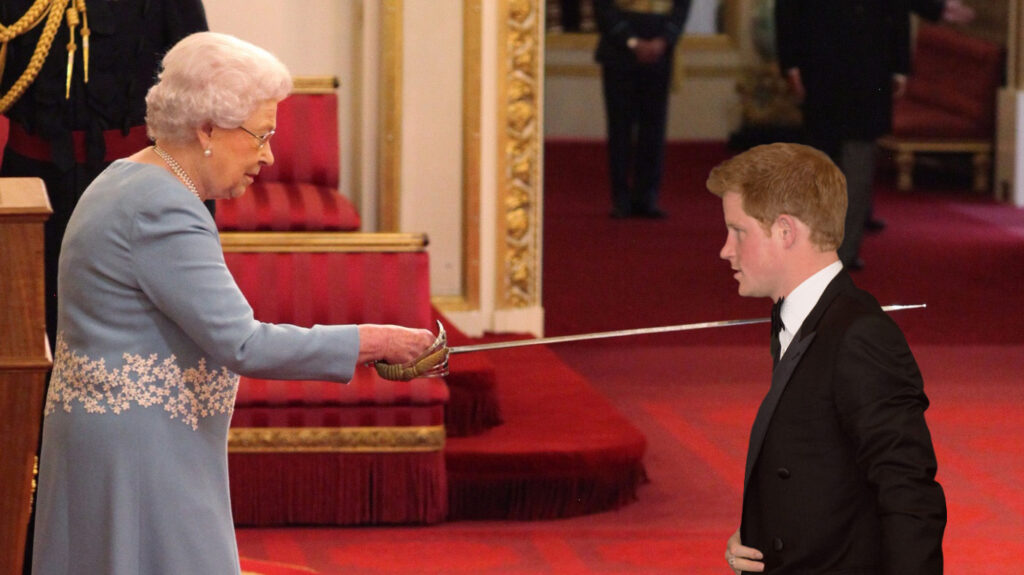 Queen of England and part time stamp model Elizabeth Windsor has today signalled her support for her grandson Harry by revoking all his titles, and booking him an expenses paid driving tour of France.

“One completely understands Harry’s wishes to lead a normal life,” explained the Queen, in a televised address today. “One does sometimes look at Britain with Borris, Brexit and JK Rowling’s twitter feed, and wonder if one might be better off in another country. But then I remember I’m Queen of most of them too, so it’d all be much of the same old dreary nonsense with different idiots running the show. Maybe I’ll just invade America and reclaim the colonies, that place certainly has gone to the dogs since my family stopped running the show.”

Asked what he will be doing with his newfound freedom, the former Prince Harry stated that he is looking forward to living a normal life, earning his own way for the first time, and getting a real job.

Harry was spotted 24 hours later eating beans out of a can under a local bridge.