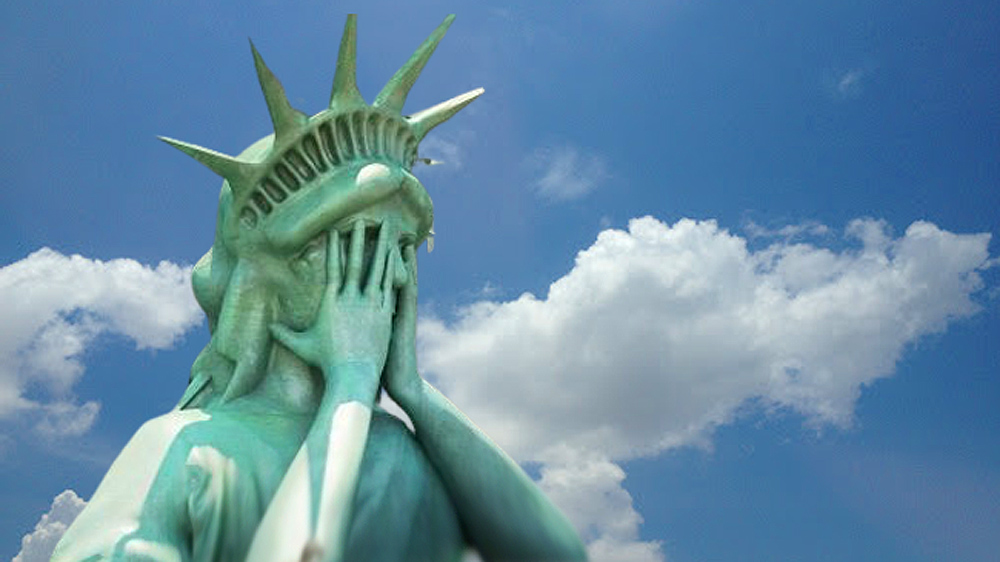 The United States of America has today decided to just shrug off revelations that the President is brazenly attempting to extort states to fake votes to keep him in the White House, with the country stating they were never that fussed about democracy anyway. “Sure we might have invaded Iraq, Vietnam, Afghanistan, Germany, Korea, Haiti, Panama, Chile, Syria, Iran, Guatemala, and most of Europe at one point or another under the guise of restoring democracy, but if we’re being honest that was always more about oil than anything.”

“Yes millions of innocent people around the world may have died in our quest to introduce democracy into foreign countries, but when its our president doing the election rigging, well in that case it must be okay,” explained one election official. “Besides, we wouldn’t want to appear partisan by holding criminals to account, would we? It’s not like Republicans are fans of law and order.”

“Far be it from us to hold the most powerful man in the republic to account.” said another government official. “God knows this country wasn’t founded on the idea that every man is equal and the divine right of leaders being a bunch of outdated nonsese. No, Trump can do whatever he wants to try to undermine elections in this country, completely un-inhibited by congress or the courts. It’s exactly what the founding fathers had in mind when they created the balance of power.”

Asked whether they would do anything to help, America’s FBI said they were powerless to step in, however the CIA has expressed some interest in ending Trump’s term early. “Yes, we’re very concerned that the President is attempting to undermine democratic elections – that’s our job!” said the CIA’s head spy John Fakename. “We will be raising the issue with him on his next tour through Dallas Texas. We’ve already booked in a meeting at a local book depository.”