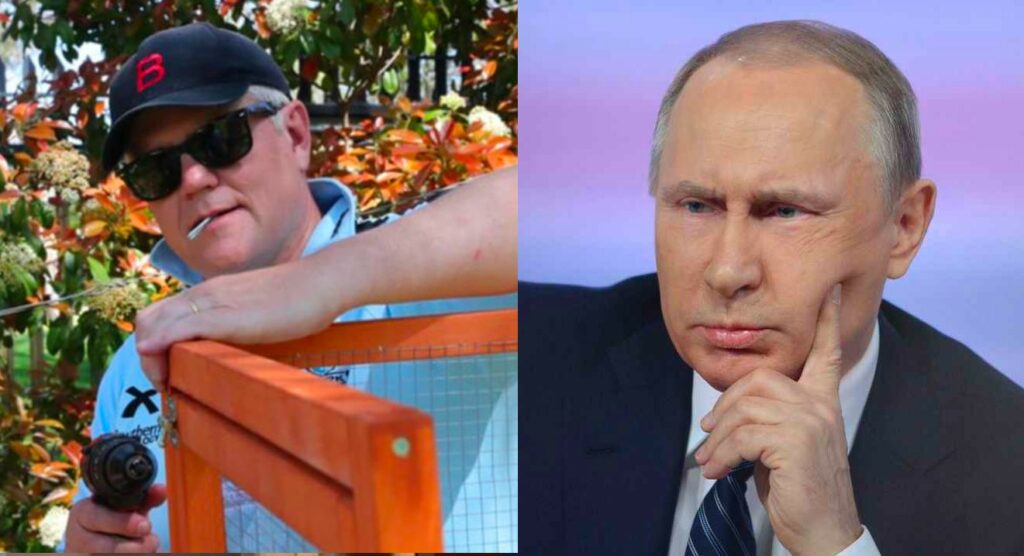 Handyman and part time Prime Minister Scott Morrison has today made an urgent phonecall to the Russian President Vladimir Putin after being informed by staff that he is planning a coop any day now. “Yea mate what you really want is one of those Bunnings ones, don’t waste your time on building your own frames like a chump,” explained Morrison to a bemused Putin. “Plus you know you can grab yourself a sausage while you’re there. Or if it helps I could run down and grab you one, I haven’t got anything on at the moment.”

Asked whether his advice about backyard construction resonated the Russian President who is on the brink of launching a global nuclear war, Morrison said that he wasn’t sure. “Yea sorry his accent was quite thick,” explained Morrison, “though I did catch he said something about crushing the skulls of his capitalist enemies like eggs in a vice. And I’ll tell you what if his coop is anything like mine he’ll have eggs out the wazoo in no time.”

Asked what he thought of the imminent invasion of Ukraine, Morrison said he wasn’t worried. “Yea look mate, I’ve already deployed three aircraft carriers to deal with the situation. Current estimates are they’ll be built by 2050, so let’s hope he doesn’t invade before then.”