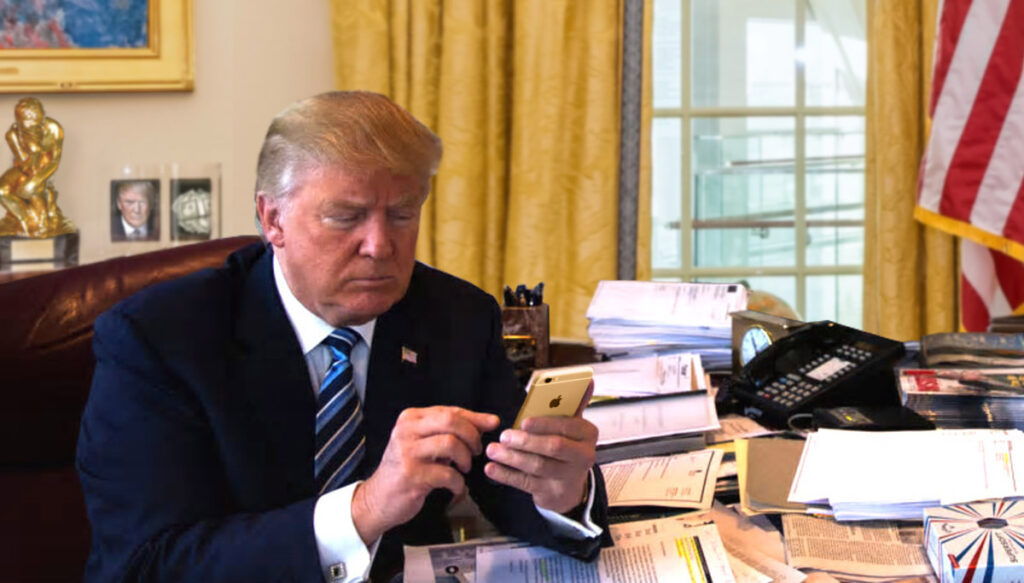 President of the United States for now Donald Trump has taken to twitter this morning to announce the latest change in US military doctrine, because apparently that’s how we’re doing things now. Speaking to his 36 million followers across a series of disconnected tweets, the man who has so far cost the military over $30 million traveling to his holiday resort in Florida, declared his intention to remove any actively serving trans people from the military, citing the unaffordable $3 million yearly bill that trans surgery has been costing the organisation.

The crushing weight of these $3 million worth of surgeries has long been a burden on the $600 billion budget of the US military, with many departments being forced to cut back their spending on $640 toilet seats, $400 hammers, and $7,622 coffee machines in order to accommodate the needs of trans soldiers. “That $3 million is crucial money that could have been spent in any number of other avenues,” explained the Commander in Chief while sitting in his government office which he has literally draped in gold. “From contributing to the the $350 million we spend on marching band uniforms, or padding out the $50 million a year we spend buying Koch Brothers branded toilet paper, there are so many better ways our armed forces could be flushing that crucial taxpayer money down the toilet.”

However the President may find he has a fight on his hands to have the spending cuts passed through the House and Senate, with many representatives pledging to block the President’s proposal should he attempt to move forward with the plan. Senator John McCain was particularly critical of the President, rising from his senate seat to give a heartfelt and rousing speech about the foolishness of removing trans people for active duty, before tabling a bill to remove trans people from active duty and demanding everyone sign it.

Supporters of Trump have also hit back against critics who claim that the few million dollars a year spent on trans servicemembers was little more than a rounding error compared to the $1.1 billion thrown away on a cross-departmental accounting restructure which never made it off the ground. “You’ve got to remember this is an organisation that couldn’t account for $6.5 trillion in last year’s audits,” shouted one Trump supporter from his mother’s basement. “So really we may never truly know the entire cost that trans people are burdening our military with by laying down their lives for our country.”