World
Mike Pence horrified to discover unisex toilet in own house
May 28, 2020 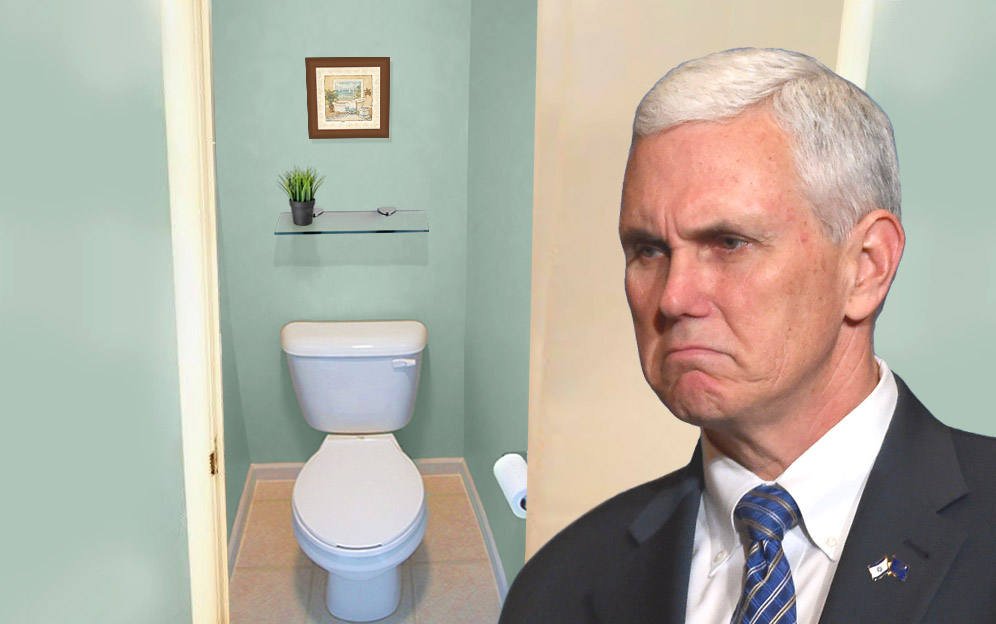 "This guest room ensuite is an affront to God!"
By Caz Smith

Vice President and conservative campaigner Mike Pence has today used the power vested to him as Vice President of the United States to issue a proclamation that nobody in his house is allowed to use the unisex toilet adjoining the spare bedroom. Calling the Caroma Uniset liberal propaganda, Mr Pence warned that anyone caught within five metres of the guest room en-suite would be damned to the fires of an eternal hell.

“It’s just not natural” Pence explained to his wife as she urgently hopped back and forth on the balls of her feet. “I’m afraid from now on you’re just going to have to use the women’s bathroom at the park down the road, or hold it in until we visit the mall on Sundays.”

Pence however was quick to clarify that his stance was in no way related to bigotry against women nor was it linked to his deep-seated hatred of trans people. “I’m simply following the teachings of the Bible, and helping others see exactly how Jesus felt about the designation of public bathrooms at schools and local shopping malls,” said Pence. “When God created Adam and Eve he did so with the explicit instruction that they not use the same porcelain lavatories to dispose of their bodily waste. The supreme being is very concerned with these things you know. That’s why he never gets around to solving the whole starving children thing.”

Write for the Chaser

The Chaser's America. In bookstores 1st March. Or get it now at ChaserShop.com