World
“Masks make it hard to breathe!” whinges man who’ll soon need a machine to breathe for him
July 13, 2020 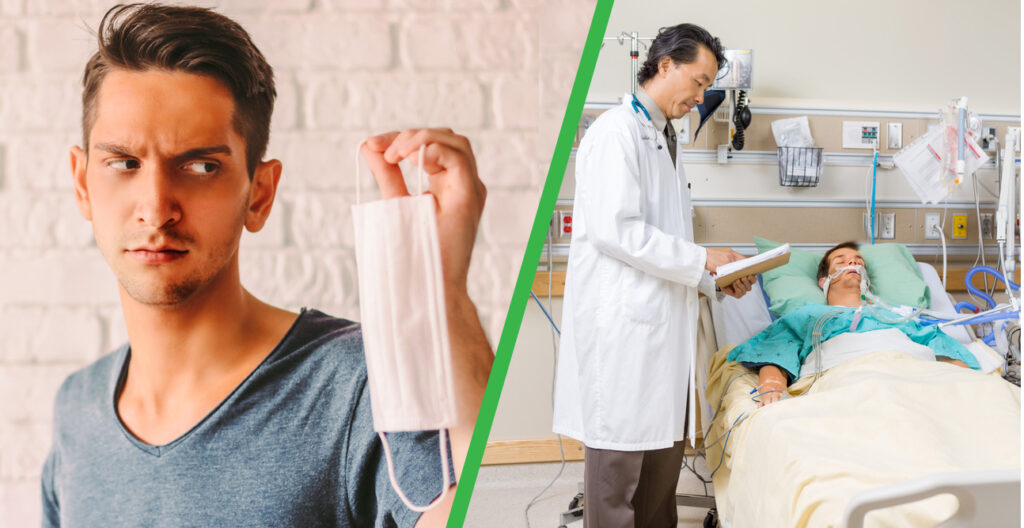 Local freedom campaigner and part time contrarian idiot John Conservative has this week denounced “the rising tide of fascisim” after being politely asked to wear a mask in a supermarket so he doesn’t kill people.

“What has the world come to where a person can’t go outside and launch an invisible biological attack on every person who he comes in contact with?” asked John angrily. “Why this is basically communist Russia, I am yet to see a single scrap of evidence that facemasks do anything other than significantly reduce the incidence of airborn viral particles, thereby reducing the risk to others around me. And that’s hardly a reason for people to be deprived of seeing my beautiful face.”

Asked what exactly he had against the facemasks, John explained that they are a little bit uncomfortable and they make it hard for him to breathe. “It feels like I’m suffocating,” explained John, which is also incidentally exactly what he will tell doctors in two months time when he is admitted to hospital and has to be put on a machine because his lungs have failed.

“Who could have forseen this,” future John will exclaim. “If only people had done something to stop this virus. Now could someone get me some opiates, this tube in my fluid filled lungs is a bit uncomfortable.”