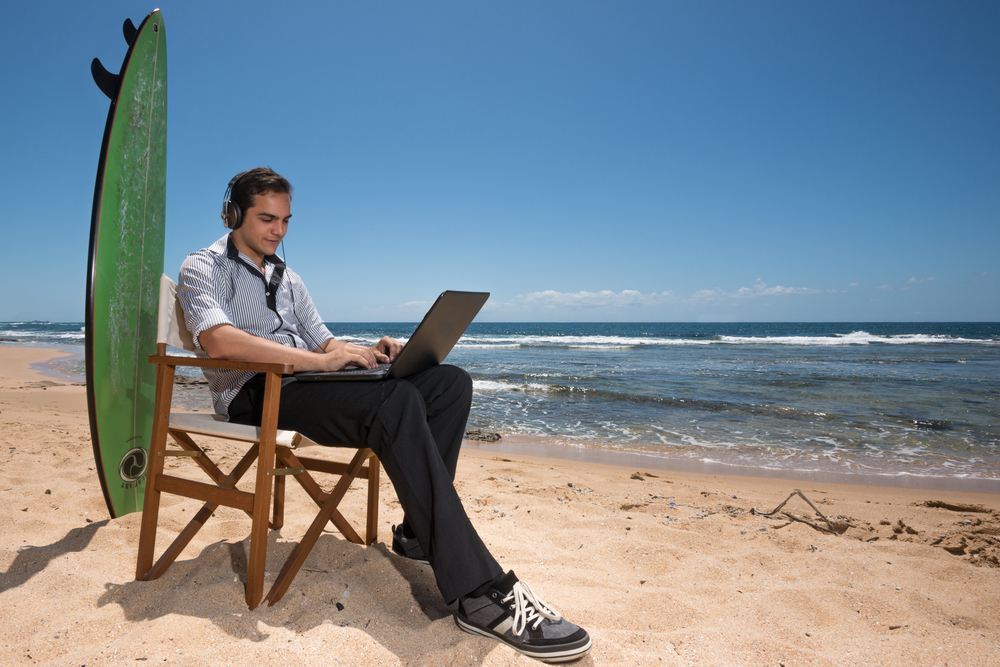 Local highly qualified IT worker and office iPhone repairman Greg Thompson has today taken three weeks off of his high pressure job to spend some downtime answering his emails from Europe for a change. Stating that he had been looking forward to this much needed vacation for weeks now, Greg has thrown off the shackles of his 9-5 job and is now looking forward to dealing with the various major technical issues that plague his company at 3am instead of his regular office hours.

Before leaving, Greg says he made sure to draw a line in the sand with colleagues to ensure he gets a little “me time”, having set an auto-responder on his outlook account explaining that he may take up to two hours to reply seeing as he is now officially on holidays.

“It’s just great to get away from the stress of being in an office and instead spend some time being stressed on the beach for a change.” Greg told family this afternoon. “I’m also loving the challenge of trying to explain to Janet how to use emojis on her phone via email instead of in person for once. Maybe now that it’s written down she’ll finally remember how to do it, though that would probably require her to work out how to open emails on her phone.”

Asked what he would be doing with the three hours a day of his holiday that won’t be spent dealing with the various technical issues caused by his absence, Greg says he’ll be spending his time just relaxing and unwinding. “I’ll probably spend a few hours mindlessly scrolling through Reddit, then maybe binge watch a few Nexflix series while I wait for the boss to wake up and start emailing,” says Greg. “All in all I’ll be just making the most of the many great wifi connections Europe has to offer.”