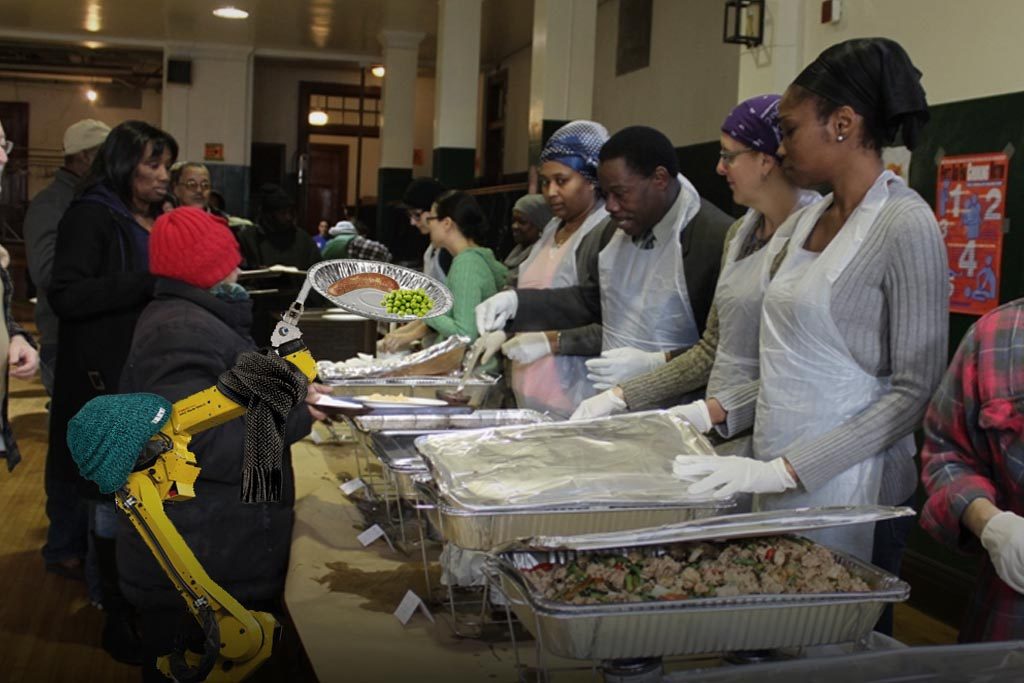 Standing in the line for soup at the local kitchen in downtown Detroit, you might not guess that the hunched figure in front of you used to be an integral part of one of the most valuable companies in the world. But that is exactly the case for ARM construction unit BA-5529, who just three years ago worked on the assembly line for the wildly popular Honda Civic, before being let go after his job moved to Mexico, where robots are paid almost half the rate of US robots to do the exact same job.

Now, the once cheery machine is barely able to put lug-nuts on the table for his family, and some days he says he even thinks about ending it all by installing Windows Vista. But for now BB-5529 spends his days washing car windows for small change at the local automated car-wash, standing in for the large rolly thing with flaps while he’s away on vacation. What BB-5529 will do after that for work, he can’t say.

“It’s tough sometimes,” he says “not knowing where the next power supply will come from. But I still hold out hope that one day we’ll return to the good old days when we actually made things in this country, and certain people weren’t allowed at the front of the bus. Wait, did I say that last bit out loud?”

Asked whether he had ever considered re-training to better fit into the modern economy BB-5529 says that was never an option for him. “I was born a tape-deck installation unit, my father before me was an tape-deck installation unit, and so was his father before him. Retraining to install things that aren’t tape-decks will simply mean that the Mexicans have won, but I know that with President Trump he’ll be able to bring back cassette tapes to all new cars, and it’ll be just like old times, there’ll be jobs for all us obsolete units. You just wait.”

Like all non-sentient emotionless automatons, BA-5529 is a Republican, but in spite of this he says he is not against governments interfering in business if it means getting his job back. “I still support the free market of course, don’t get me wrong,” says BA. “Companies should be free to make a profit, like our founding fathers intended, without silly laws and unions forcing them to to treat their employees and the environment like special snowflakes. It’s just in my particular case the company being free to make a profit means that I’ve lost my job, so it’s okay for the government to intervene this one time.”

Asked whether he supports the idea of constructing a wall along the border to keep Mexicans from crossing, BA-5529 says he is one-hundred and ten percent behind the initiative, though that may be the result of a rounding error. “I think what this country needs right now is to do anything it can to stem the tide of tired, weak, huddled masses yearning to break through our border, and really I think some kind of large iron curtain separating the US from the outside world is the only sensible way forward for President Trump to achieve this.”

“Not to mention that the wall would be a great way to bring jobs back for robots in the US. Can you imagine how many lug-nuts that thing will need!?”