World
‘I heard you lost your sense of taste and smell’ wheezes a winking Trump to Melania
October 2, 2020 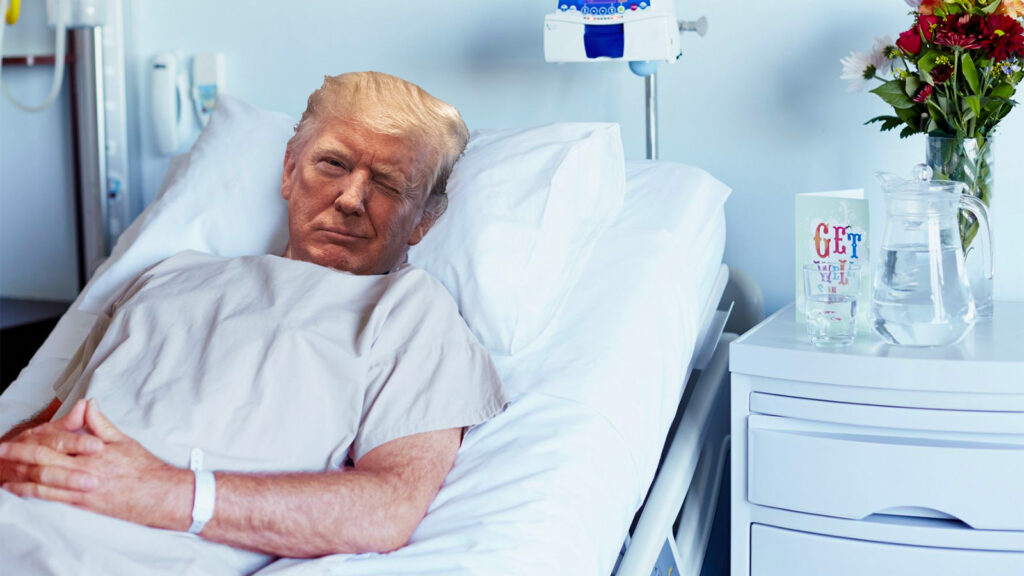 Donald Trump has made an awkward shuffling advance to the woman he is legally married to, and currently in quarantine with. After both contracted Covid-19, the obese septuagenarian took the chance to remind Melania she would not be able to taste or smell anything ‘If something were to happen between us’.

Despite potentially only having weeks to live, the president’s wife rebuffed his orange slug in favour of “anything, oh god, anything at all”.

But insiders say Trump is right to continue his campaign. “Melania losing two of her five senses is the best thing to happen to their marriage,” said one insider. “If she could get rid of the other three it would be even better.”

Experts say Trump’s advances are unlikely to work on Melania. “Trump can only Hope.”