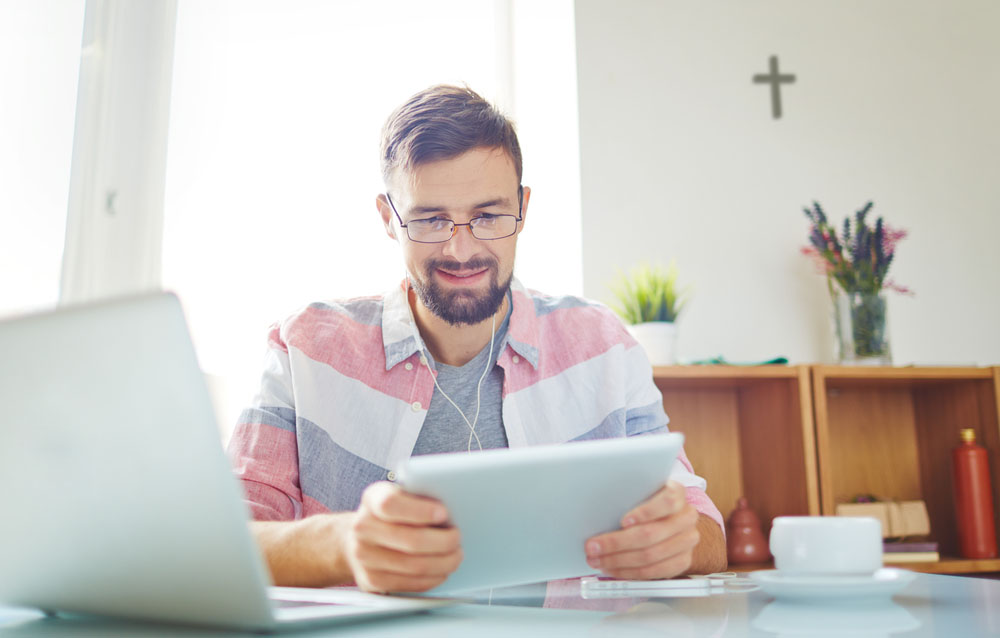 Local youth minister Rev. Luke “Luko” Shepherd has today frantically started re-writing his Sunday mass sermon at the last minute, in an attempt to try and seem more hip and relatable to the fair-weather Christians that will be turning up on Sunday. Flipping through his Bible, Rev. Shepherd was seen desperately searching for any reference that could vaguely be used as a segue into a discussion of ball tampering, a topic which the priest hears is “all the rage” with the common man these days.

“I’m not well versed in cricket per se,” says Rev. Shepherd, “however, most of the Christians who come to my church on easter aren’t well versed in the bible, so I really need to meet them halfway. Besides when it comes to religion, there’s no bigger one than sport in this country, might as well try to hitch our wagon to something like that rather than trying to compete. I’ve even started including regular updates on the football score during my sermon, just to cut down on the number of people subtly looking at their phone during prayer time.”

Rev. Shepherd also thinks that the cricket reference could find it’s way into his regular weekly sermons if it lands well on Sunday. “Sadly people these days, they’re just not as caught up in the whole ‘you’re going to burn in hell for all eternity‘ schtick,” says the Reverend, “and frankly the parables have all been done to death. Even my ‘the Matrix is a metaphor for Jesus’ material isn’t landing with the kids as much anymore.”

Instead Rev. Shepherd has turned to the internet for guidance, where he says he has found a great wealth of material to help his quest to save soles. “I’ve discovered a subreddit called ChristianMemes which has revolutionised my newsletter. Ever since I started including those pictures of Minions with bible passages written in big white text, our click-through rates have almost doubled, I don’t think we’d ever had eight clicks in the twelve years we’ve been sending out our daily church email! Last week we only had four people unsubscribe! Combine that with the bible puns we’ve been including on the letterboard out front, and I think we’re really going to start bringing the youth back to the Church. You know, once the restraining orders are lifted of course.”