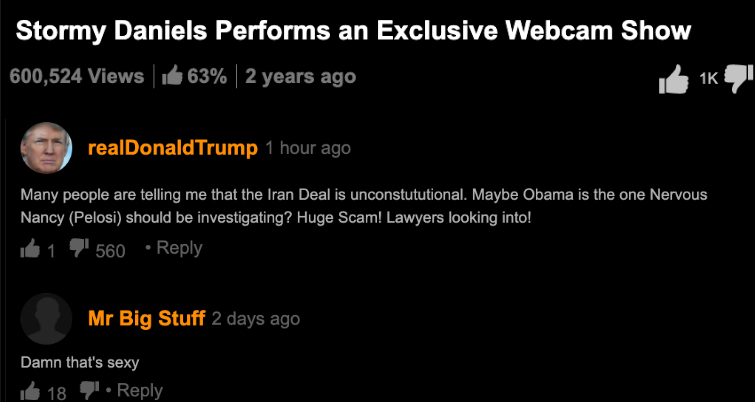 Trump’s loyal followers have described his recent move of being banned from any and all social media as “genius” and exactly the kind of 4D chess they had come from the high IQ savant who can’t even spell the word the word ‘polls’. “Yes at first I was a little concerned when he lost the election, got busted trying to rig the recount, led a revolt on congress, got all his followers locked up, and then got banned from all social media platforms but I’m sure this was all part of his master plan,” said one of the three remaining Trump loyalists. “Yes all his staff have quit in protest and the Republican party have washed their hands of him, but I’m sure any day now he’s going to give me my job back at the old steam power mill, I can just feel it.”

Asked what they thought of his new move to a platform primarily designed for the creation and sharing of hardcore pornography, Trump’s evangelical christian fan base said it was the most Presidential thing they’d ever seen. “He is clearly a very holy man, just like Jesus he is hanging around with sex-workers and offering to wash people’s feet for free,” said one pentecostal pastor. “Unlike that filthy sinful Hilary Clinton, we know that in his heart, despite all the cheating, swearing, lying, greed, wrath, sloth and hubris he is a truly Christian man who seeks to make this country a more Christian nation, one porn-star sex scandal at a time.”