World
“Facemask would make me look stupid” claims 70 year old with a spraytan
May 8, 2020 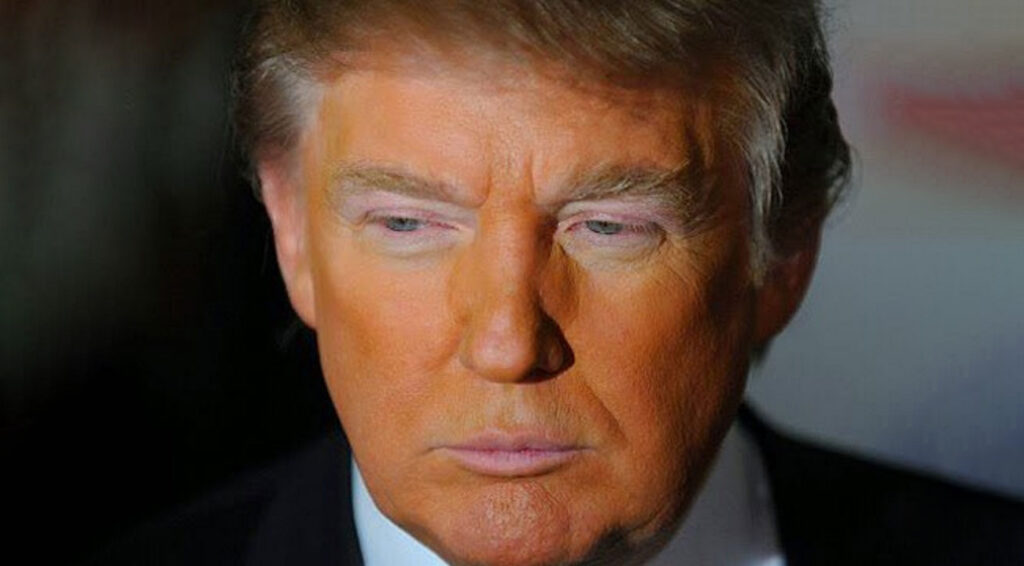 Full time golfer and part time United States President Donald Trump has today refused to wear a facemask while touring sterile medical facilities, claiming that wearing a piece of fabric over his face during a pandemic would cause the obese spraytanned 70 year old with a combover to look stupid.

“How would people see the puckered look I do with my lips when I’m trying to pronounce China?” asked Trump while waddling to his latest press conference. “People would lose respect for me if they couldn’t see much luscious lips forming three times the consonants I’m actually saying.”

Instead, to retain his air of intelligence, the President who recently suggested filling people’s lungs with bleach opted to wear safety goggles, which everyone agreed was the much smarter choice in case the virus somehow missed his nose and mouth. “You know they say light cures the virus, so by wearing these glasses I’ll be trapping all the sunlight that enters my eyes as it won’t be able to get out again,” explained Trump. “That’s just science, you know I’m very brain thingy about these things.”