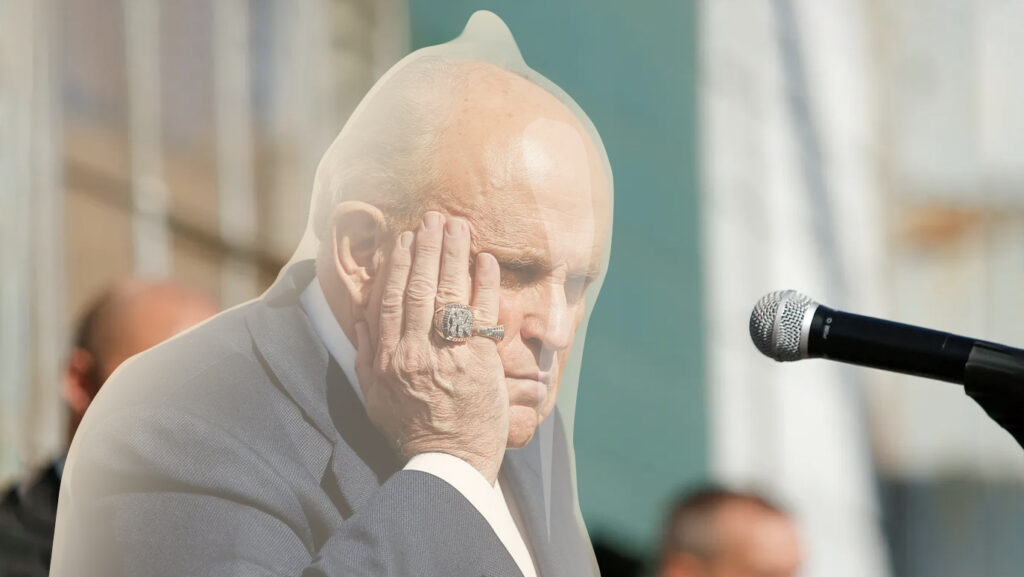 “Hrm let me see here,” Giuliani was heard muttering as he googled Google on his iPad, “ah here we go Four Seasons, and I think hmm yes we’ll need to book an ‘extra large’ for more room, so I’ll just click on that. Do I want the ribbed option? Hmm, sure why not I’m sure we’ll be peckish around then, and I’d never turn down free ribs. And order placed, excellent it says my condo should be available in 1-2 days on the corner of 5th and 6th. There that wasn’t so hard.”

However hours later a frantic White House press team was forced to retract their statement that Giuliani was to appear at the Four Seasons Hotel Condo, instead that Giuliani will be appearing at the post office where his package was due to arrive. “We can’t let them know we stuffed up, we’ll just have to roll with it,” Giuliani was heard screaming, as he fumbled with the packet. “Quick, someone pull this over my head.”