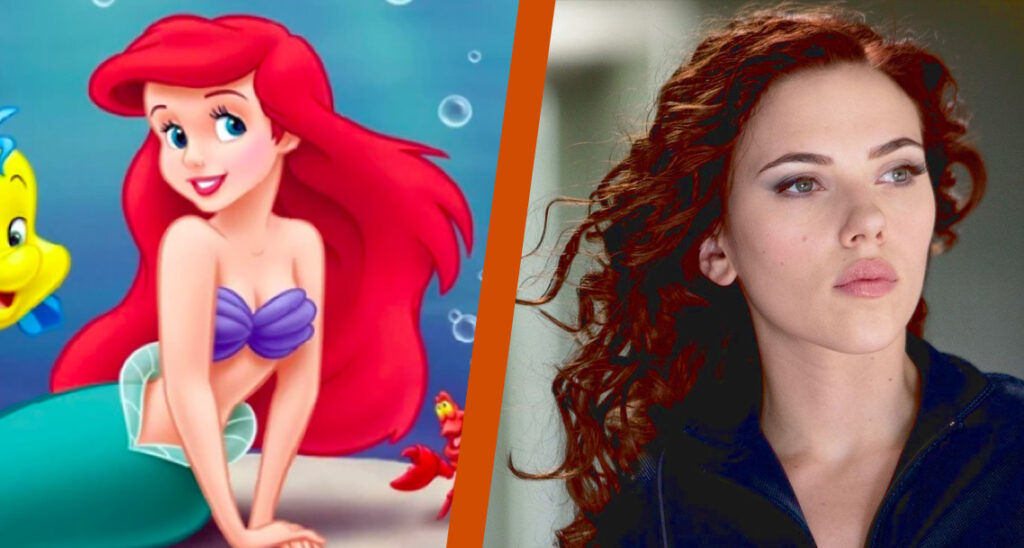 Disney has today reached a compromise with critics, following yesterday’s outcry over the recasting of the Little Mermaid which saw many fans take to social media to decry the casting of a black woman in the role of the Little Mermaid. Seeking to find an acceptable middle-ground between those who want more diversity in children’s movies, and those who want the little mermaid to retain her traditional appearance, Disney has today announced that they believe they have now found a solution that will please both sides of the debate, by casting black actress Scarlett Johansson in the role.

“It’s kindof a no-brainer, frankly I’m surprised we didn’t think of it sooner,” said Disney’s head of casting today, “It’s kindof the perfect solution really, an actress who has both red hair and a long history of taking on ethnically diverse roles? We’ve really hit the jackpot here.”

Disney say the hiring was an easy one, with Johansson already having been hired for the movie to provide the voice of Sebastian, with executives saying it was important to bring someone to the role who could claim Jamaican heritage. “We considered Emma Stone, but unfortunately she was already booked up for the Crazy Rich Asians sequel,” said a source inside Disney. “We also considered possibly bringing in Idris Elba for the role, but apparently he’s already in pre-production for the next series of Doctor Who.”

However, some fans are still not pleased with the replacement, with many pointing out that Johansson in fact is not as diverse as she claims, with reports that her red hair is actually just a die job. “It’s just not right, blonde people taking the roles of red heads like this,” complained one outraged fan, “Gingers already have a hard enough time as it is getting cast in movies, without people like Johansson coming along and taking all the roles. I’m organising a boycott outside all cinemas and asking all red haired people to join me with placards. We’ll release the date as soon as we can get our hands on enough industrial strength sunscreen to ensure we can all survive more than 5 minutes in the sun.”