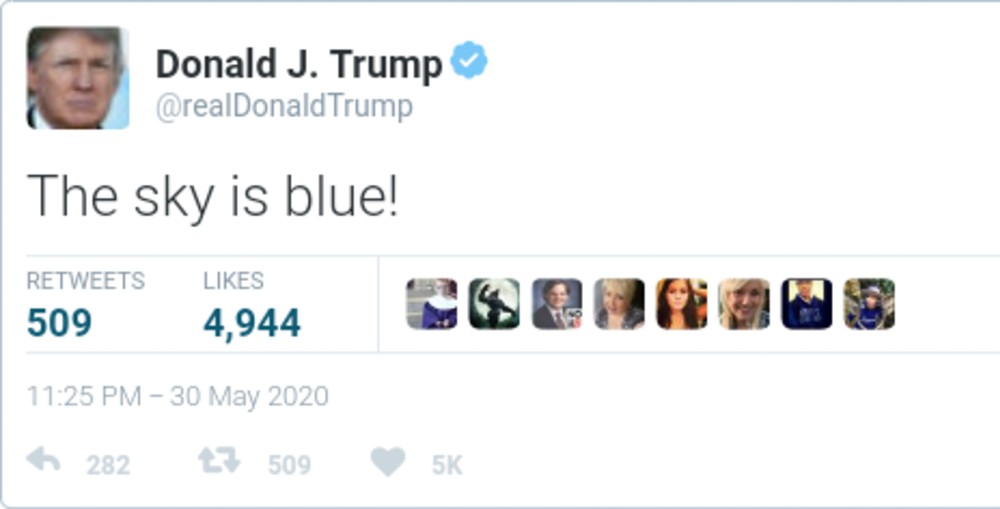 The Twitter corporation has today reached a compromise in its recent feud with United States President, after the company agreed it will no longer fact check Trump’s incorrect tweets.

Instead the company has decided it will save millions of dollars by simply marking the few tweets of Donald Trump which aren’t demonstrably untrue, as soon as they can locate any.

“This will keep everyone happy,” said a representative for Twitter. “Now Trump can say whatever he wants without consequences, and everyone else… well I guess everyone else just has to suffer the consequences. Welcome to 2020.”

Asked what he though of the outcome, President Donald Trump said it was great news, and that it’s important that people don’t fear being fact checked on the internet, before leaving to fuck a goat.