World
Canada launches ground invasion to save America from itself
1st of your 1,000,000 free articles this month 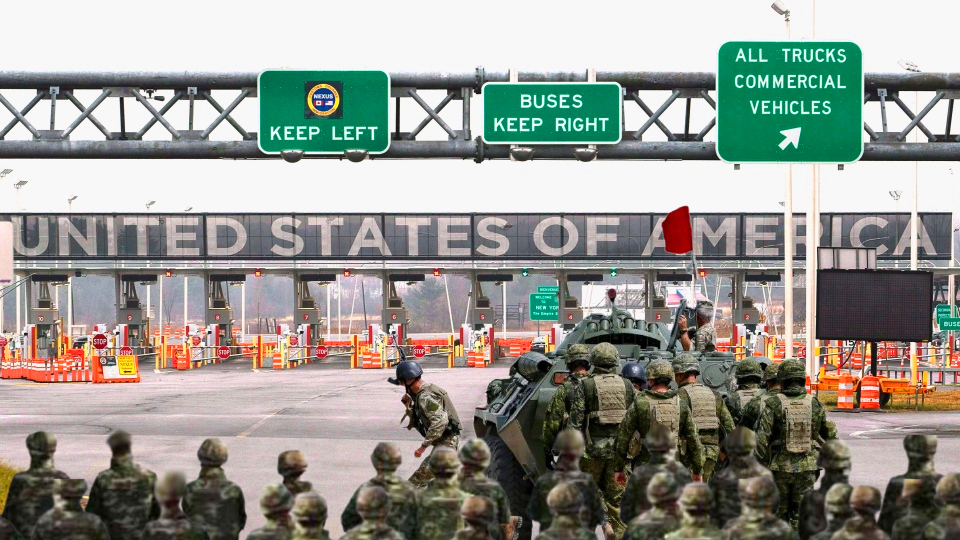 The Dominion of Canada has today honoured its obligations under the NATO treaty, by launching a ground invasion across the American border. The invasion is said to have been triggered by an imminent threat to the safety and wellbeing of Americans across the country, with the Canadian government pledging they will do whatever it takes to save America from itself.

“We’ve been keeping an eye on the situation for a while now,” explained one member of the Canadian Mounted Forces. “Ever since the CIA started funding people who would obviously go on to try and destroy the country, you know Bin Laden and the like. But technically they weren’t a direct threat to America so we couldn’t really intervene.”

“Now however, there’s clearly a dire threat to the country, with insurgent groups like the White House, the Supreme Court, and the Senate all coming together to work towards destroying America from within.”

With almost 200,000 deaths already attributed to the actions of a small faction of violent extremists known as the ‘red hats’ Canada says that they could no longer stand by and watch as the country devolved into civil war. “If it had been any other country, America would have invaded by now to drop some Freedom bombs,” explained Canadian Prime Minister Justin Trudeau. “Well I guess without America being around to do it, it’s on us to liberate their oil reserves. Oh and also restore democracy I guess, if we have time.”