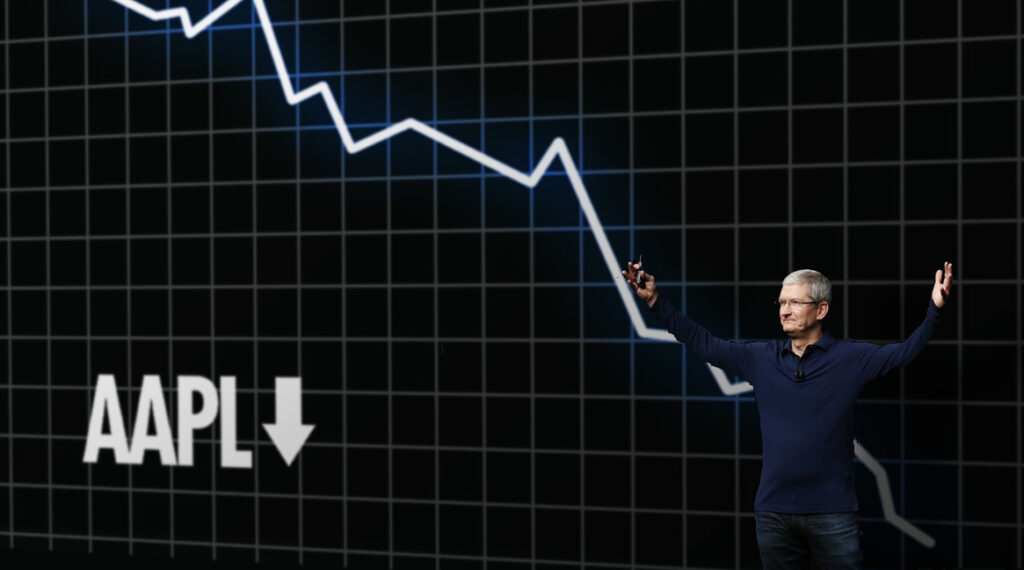 The Apple Corporation in California has today revealed their latest slimline innovation, unveiling a new, smaller share price to rapturous applause from a captive audience at their latest shareholder meeting.

“This is a whole new paradigm for corporate stagnation,” announced lead designer Johnny Ive, moments after announcing his resignation, “Financial failure has never looked so good.”

Fans have reportedly rushed to purchase the new, smaller, stocks, immediately causing the shareprice to skyrocket. “It looked smaller in the pictures,” complained one disgruntled fan. “But I guess I paid $5000 for it, so it must be good.”