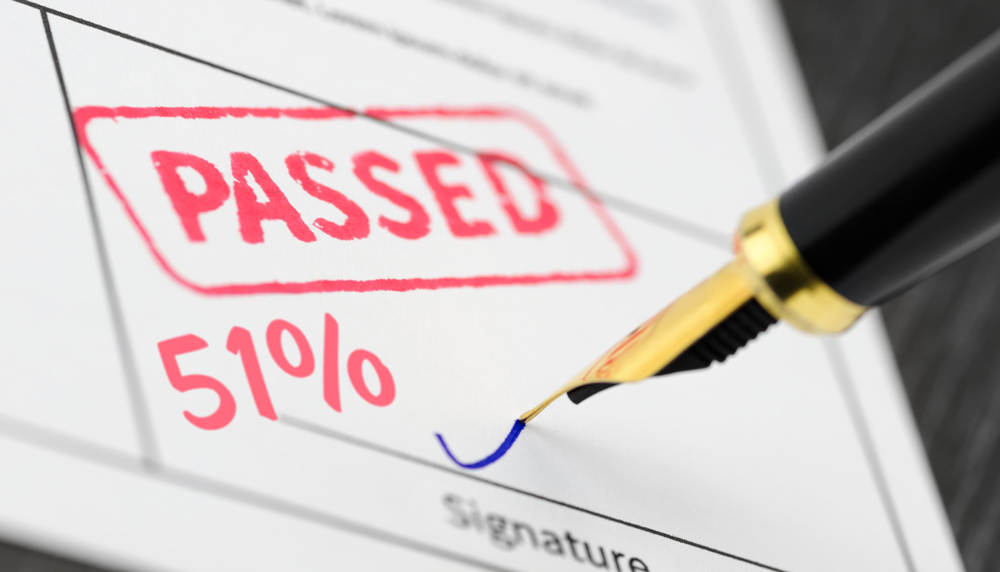 America has today scraped a pass on their collective history exam, after narrowly gaining a 51% correct score on who should be their next President.

Though initially answering a) ‘The fascist’, Americans were then seen to cross out their answer and instead circle b) ‘The guy who isn’t perfect but at least he’s not a fascist’.

The low grade has come as a surprise to many, who say America really should have got an A in this, given it’s their favourite topic. “God they never shut up about it, you know how they came in and saved the day during World War 2 with their democracy and freedom, beating down the angry shouty fascist leader who led by dividing the country against minority groups. It’s literally the same exam all over again, but somehow this time they almost forgot the answer.”

The result is particularly troubling for the section of the class who didn’t pull their part in the group project, the over 45-white-male demographic, who overwhelmingly chose the wrong answer. “Literally these guys’ whole personality for the last 40 odd years has been based around studying World War history and boring everybody they meet with the ins and outs of how the Americans defeated the Nazis,” sighed one exacerbated teacher. “How the hell they all managed to then walk into the exam room and so confidently select the wrong answer, I’ll never know. They’re almost as bad as my civil war students. Those idiots still haven’t realised the south lost.”