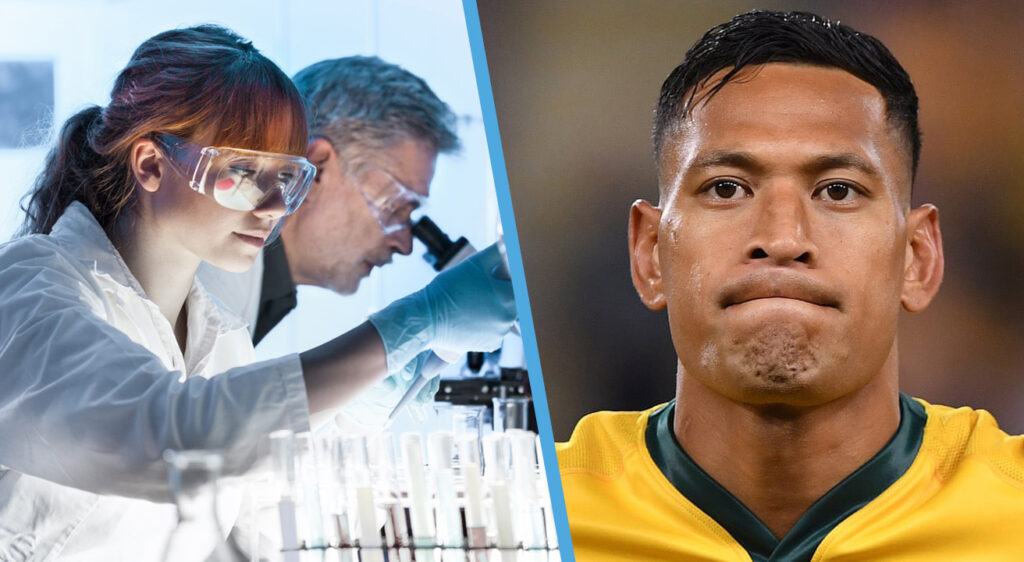 The football world has been thrown into chaos today, following reports by scientists that they have discovered the first conclusive case of Rugby League causing visible symptoms of brain damage, following a week in which a former player claimed discrimination by his employers because they wouldn’t let him discriminate against other people.

“I’m afraid the evidence is now irrefutable that playing football can lead to some pretty dire loss of basic reasoning skills,” announced the lead researcher Dr Opkick at a press conference today. “Take a look at these scans for example, you can clearly see here that this un-named footballer is lacking the region of the brain responsible for understanding how contract law works, and the part that differentiates ‘workplace discrimination’ and ‘getting fired for acting like a dick’.”

“There’s also surprisingly little activity in the area where you’d normally see logical reasoning skills, which is responsible for things like doing basic maths and calculating that a $4 million contract is worth more than keeping up a weird instagram post.”

However, researchers went to great pains to emphasise that this damage was not unavoidable, with appropriate headwear and a few lessons in ‘loving thy neighbour’ going a long way towards avoiding these issues in future players.

The scientists also say they are well on the way to finding a cure for existing sufferers. “We’ve started a fundraiser to further research the condition and how to reverse the effects of the brain loss,” says Dr Opkick. “The money’s been flowing in, in fact we’ve already had someone pledge an anonymous $3 million donation.”