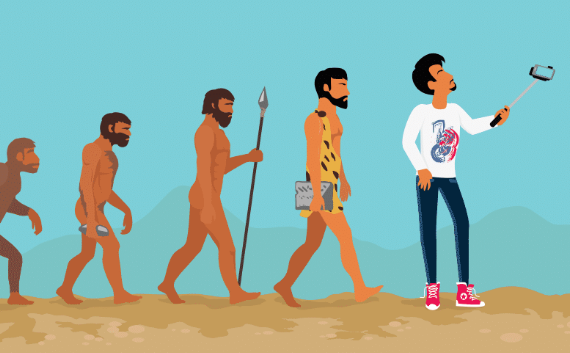 QUESTION: What would you say is the very best evidence for creationism?

ANSWER: Creation is one of two possible origin explanations. Both life and everything we see was either created or it evolved by some sort of crazy random process. Any evidence against evolution is very good evidence for creationism. Conversely, evidence against creationism fails to take into account all the evidence in favour of it, and is probably biased. To dispassionately study this area we need to look at both the best indirect evidence (against evolution) and the best direct evidence for creationism. That is all we need to look at.

QUESTION: What is the evidence against evolution?

ANSWER: Some of Darwin’s evidence that was used to support evolution is now refuted and new evidence has emerged over the past 150 years, which means the whole theory must be called into question. One fact is that body parts or entities could not have evolved gradually. Cells are irreducibly complex. They need every single chemical and part to function. Consequently, they could not have gradually evolved and must have all sprung into place at the same time. I can’t think of any other way they got to be like that through some sort of gradual process. I can’t even think of a name for it. Other evidence is the huge gaps in fossil records. When archeologists can’t find transitional forms in the fossil record, they must not exist.

Another big strike against evolution is that scientists have been unable to create life from non-life regardless of how hard they tried. They think they’re pretty smart, but if they can’t even create a simple, say, meerkat in a lab, then that’s a pretty damning indictment of their process. Not as smart as they make out. The best evidence against evolution and hence the very best evidence for creationism, is the unimaginable complexity of a single cell including DNA, RNA, and the manufacture of proteins.

None of this was known during Darwin’s time. They thought the cell was a simple blob of protoplasm. The human genome contains so much information it would fill libraries if contained in books. The machine-like workings of a cell have been related to our most sophisticated factories. This favours creationism, since only something really intelligent could build a factory. If you left some iron and coal lying around for billions of years, it wouldn’t evolve into a factory, so the same must be true for organic compounds.

Question: What is the direct evidence for Creation?

Answer: The Big Bang theory is the current scientific explanation of our origin. It places the origin of our universe at a specific time in the past. So whether we believe in science, or we believe in creation or both, we believe we came from nothing at a specific time in the past. The difference is that the Big Bang theory states that everything was created from nothing, without a cause or a purpose.

Alternatively, if we believe in creation, we believe that everything came from nothing by the will of an omnipotent, transcendent Creator that is not limited to time and space and we were created for a purpose. This completely explains how apparent design and complexity could have come into existence. However, the very best evidence for creationism is the claim by God Himself that He created light, the universe, the earth and all life.

You might question whether that argument holds up under scientific scrutiny. We all know the creation story in Genesis, but how can we know directly through scientific rationale that it is true. We can show that it was written in the Old Testament, but how can we show direct evidence that it is true? We only need to accept the most thoroughly documented history in existence and examine the evidence for who Jesus was. Our calendar is based upon the birth of Jesus. How historical is that? Jesus stated, “For in those days there will be tribulation, such as has not been from the beginning of creation which God created until this time, nor ever shall be.”

Could Jesus have been anything other than what He claimed to be, the God of creation? So, on the one hand, you have a theory that’s been around for 150 years, and on the other hand, you’ve got proof that’s been documented for thousands of years that someone who claimed to be the son of God reckoned that creationism was true. I know which one I’d trust.

This article originally appeared in The Chaser’s Anti-Experts Guide To Everything: buy it here.