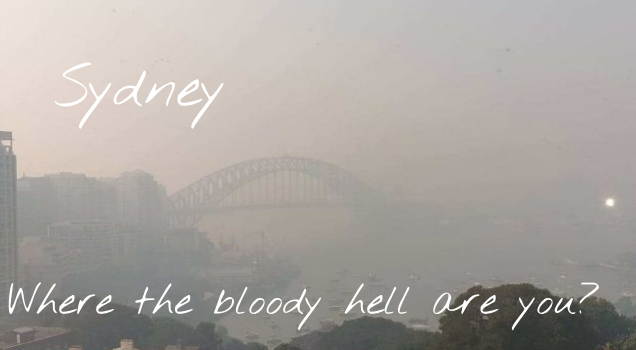 As many parts of Australia suffer through an unprecedented bushfire crisis and Sydney and its surrounds are shrouded in smoke for the third consecutive week, Tourism Australia has launched an updated tourism campaign for the climate change era: Where the bloody hell are you?

“From individuals searching for their loved ones in fire-stricken areas, to Sydneysiders avoiding car crashes in the dense smoke, to those looking to their government for any type of meaningful action on climate change, Australians are collectively asking: where the bloody hell are you?” wheezed a Tourism Australia spokesperson.

“What’s more, our iconic harbourside city offers perfect environment for any tourists looking to get lost in Australia’s charm… or quite literally under the harmful palls of smog choking our air.”