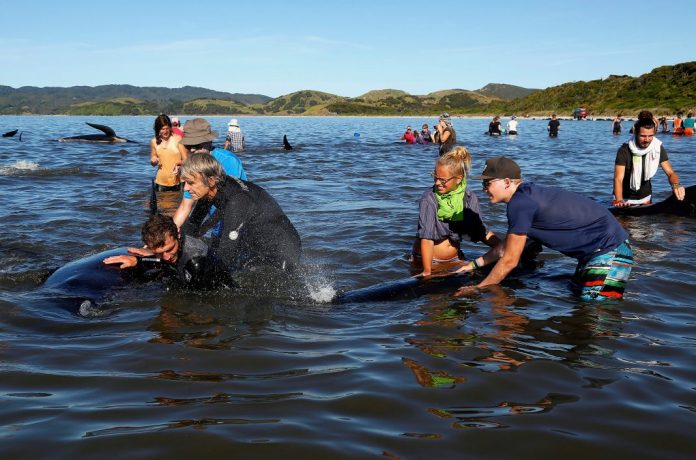 An emotionally troubled whale has reportedly had repeated attempts to end his life thwarted following a well-meaning but misguided rescue effort by activists. “Every time I find myself a nice warm beach to grant me sweet relief, I get swamped by bastard with dreadlocks covering me in giant wet sacks,” the depressed cetacean said.

The whale puts his funk down to an acute case of loneliness. “The ocean is a very big place on your own. People keep saying ‘there are plenty more fish in the sea’. But sometimes you just get sick of being the only 140,000 kilo mammal in a school of fish. I’m just so alone now that all my friends and family have taken up jobs at seafood restaurants.”

Taking no joy in whale-song, and “unable to face eating even one more lousy ton of krill”, the majestic but melancholy mammal decided to strand himself on a remote beach off the coast of Australia. “I was starting to drift off painlessly,” he says wistfully, “closed my eyes for a moment – and suddenly there’s a hundred volunteers, a bulldozer, a helicopter, and a small fleet of boats pushing me back into the sea. Just thinking about the sheer futility of it all makes me want to die even more.”

Determined to carry through with his plan, the whale then headed for the cooler waters of Antarctica, into the path of a Japanese whaling vessel. But once again his plans proved futile, after an incoming harpoon was intercepted by Bono in an inflatable lifecraft, an event described by music lovers as “fortunate”.

The whale has since resolved to follow Exxon tankers around “for as long as it takes”.