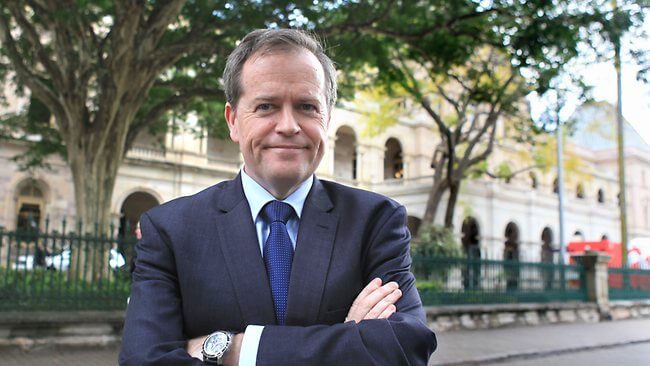 There was celebration within the Labor party today as Bill Shorten was recognised by a member of the voting public for the first time in what will be a gruelling few months of campaigning.

While his party’s standing remains strong, few voters are able to identify him without first being told exactly who he is. The news is a relief for his campaign team after a weekend stuff-up where he seemingly failed to arrive at his own rally. According to sources, Shorten was actually present at the event, and even went on stage, but nobody realised that he was the Labor Party’s leader.

Event organisers apologised for the misunderstanding. “It’s just that, for the life of us, we couldn’t remember him from anywhere. I was sure he was just someone pretending to be Shorten. The interesting thing was as soon as he left, I completely forgot what he looked and sounded like again.”

While only two days later Shorten suffered another hiccup in his election campaign when he arrived at the Primary School he had attended as a child. The police was immediately informed of a “strange unknown man” loitering on the school’s presence, prompting a lockdown of the school.

Despite the recent tribulations for the Labor Party today in many ways marked the changing of the public attitudes. The voter who recognised Mr Shorten said she had no trouble in recognising him. “I always knew little Bill from down the street would grow up to do great things“.