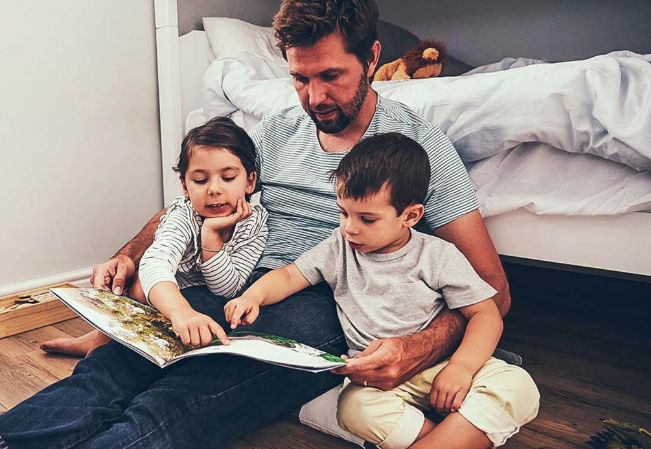 Grant Simmons, a Chatswood father of two, has again delighted his not yet literate children with the general plot line of a series of longwinded childhood literature classics.

Such titles as Cinderella, Matilda and Alice’s Adventures in Wonderland were less recounted word for word than generally summarised by Simmons for his unwitting children Layla, 3, and Spencer, 2.

“What they don’t know won’t hurt them – at least until their mid teens, by which point who knows where the world will be,” said Simmons as he whipped through the titles in record time.

“Matilda was very smart but her parents weren’t nice so she played tricks on them; Alice goes down a rabbit hole, meets a couple of friends, they all have a laugh… what more is there to tell?”

Even famously succinct stories such as Where the Wild Things Are weren’t spared his treatment,

“Max was naughty, missed his dinner, so he took off on a boat for a bit, met these crazy characters, got a bit sad, came home and BOOM there’s his dinner. Now, off to bed kids. Dad’s got another season of Peaky Blinders to be disappointed by.”