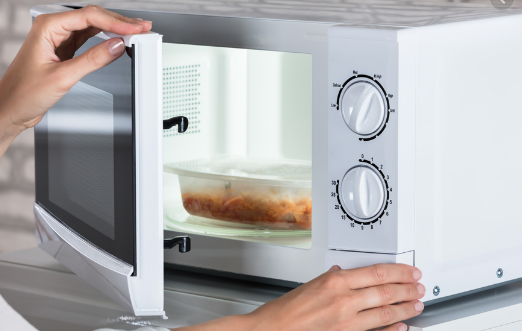 North Ryde office worker Ian Simms has today decided he would prefer to eat lukewarm leftover Indian than labour through another painful lunchroom conversation with his co-workers.

Simms, a project manager with a medium-sized engineering company, deliberately timed his meal for 11:45am to beat the usual midday rush for the microwave.

However his plan was foiled by Darren from accounts who entered the kitchen with his own leftovers a mere 15 seconds after Simms started his re-heat.

Realising he had set the microwave for three minutes, Simms quickly racked his brains to see if he could fill two minutes and 45 seconds worth of idle chit chat with Darren, a known company man with few interests outside work other than amateur theatre and motorsports.

Quickly realising he would prefer to stab himself with a company-issue spork than discuss the weekend’s V8 derby, Simms instead elected to stop and exit the re-heat two minutes early.

“Best decision I ever made,” said Simms as he finished his chilled lamb korma at the safety of his desk.