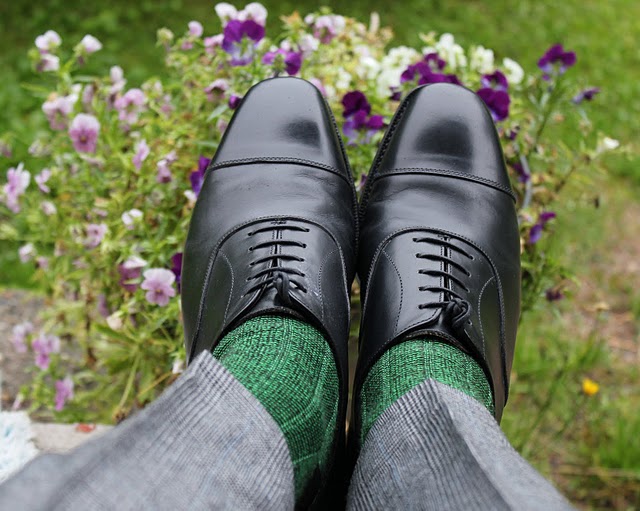 In an unprecedented display of humanity from the nation’s bureaucratic capital, a Services Australia administration officer has worn a pair of non-regulation green socks under his usual work attire to show his support of NRL grand final contenders the Canberra Raiders.

“I’ve always followed the Raiders but was too scared to discuss it in my workplace for fear of being labeled a chauvinistic meathead – and quite fairly so,” said Dan Sanders, 34, of Braddon.

“But with the Green Machine qualifying for their first grand final since 1994, I just thought, gosh darnit I’m gonna go out on a limb and do something crazy!”

“Plus our HR team are always telling us to bring more of ourselves to work, and just last week Suzie from accounts printed out a couple of photos of her dog to stick up on her partition wall, so it should be totally cool.”

Despite some odd stairs from his colleagues in nearby cubicles at such a garish display of personality, Sanders says he has found the experience liberating.

“Since I put the socks on I’ve just been noticing little things, like the way the sun filters in through our mezzanine windows for 15 minutes or so every afternoon and creates a silhouette that sort of looks like Raiders forward John Bateman.”

“I even allowed an appeal of an 87 year old pensioner’s robo-debt decision to progress through without blocking it, because her last name was Papalii.”

“But I can still always repeal it if the Raiders lose.”