loading...
National
“Why aren’t they staying home!?” says guy that went to a Hillsong conference last week
1st of your 1,000,000 free articles this month 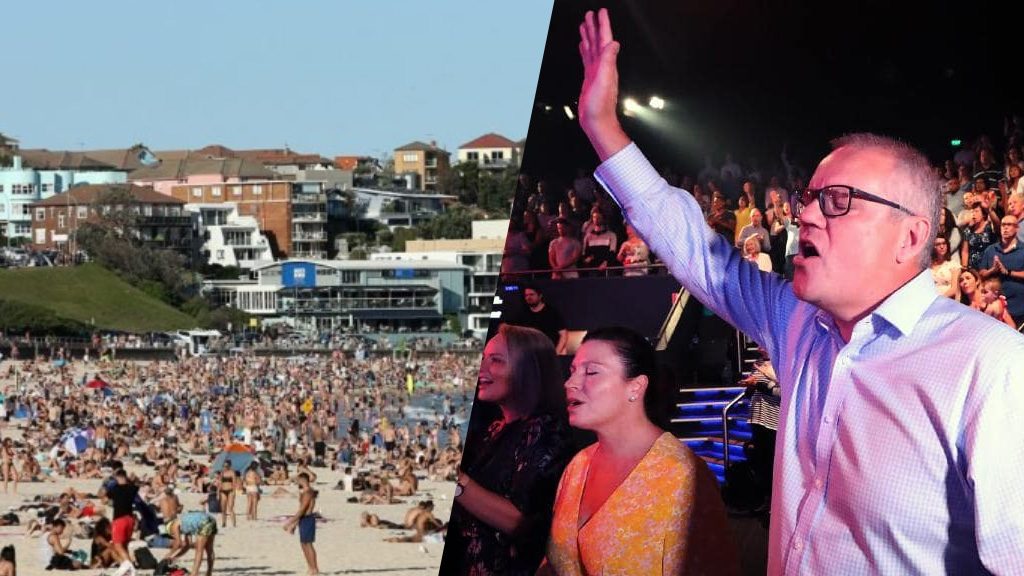 Prime Minister Scott Morrison has today lashed out at “selfish” Australians who have refused to comply with gathering restrictions, like those that have recently attended large football games of 1000 strong Hillsong conferences.

“What in the world made you think this kind of behaviour is okay?” asked Morrison while booking tickets to Coachella. “Please for the love of god listen to what I say, not what I do!”

However, Australians have largely ignored the Prime Minister’s pleas, instead opting to continue along with their regular lives with a few extra trips to the shops thrown in. “Yea I don’t know why the media and politicians are all freaking out,” said one man chilling on Bondi Beach today. “I’m sure the whole Corona thing is nothing, I mean, it’s not like we have evidence of exactly what’s going to happen from a bunch of countries where the virus has already broken out, and we’re wasting our one chance at avoiding a health-care meltdown by ignoring a request to do the bare minimum by just staying home and watching Netflix. Italy, Korea, Japan, Iran, China, they were all just flukes. Nah, everything’s going to be fine mate.”

Asked whether he still held those same views three weeks into the future, Ian was unable to answer on account of being unable to breathe without an intubator.