National
“We must respect national anthem” says man that couldn’t sing second verse if life depended on it
May 30, 2019 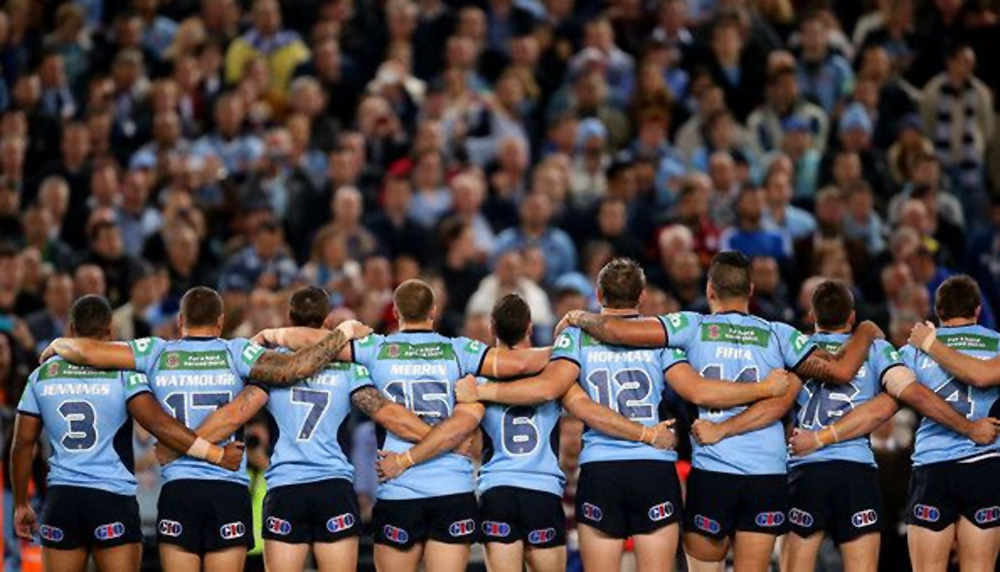 All three fans of the Australian national anthem have reacted with outrage today, following news that some players at the State of Origin will refuse to sing the words that barely anyone remembers anyway.

Critics of the players say that it is imperative that every player should sing along to the national anthem at this event, as it represents the fact that they are playing on behalf of the nation. “Sure if it was some kind of home game where say people were representing a state against another state, then it wouldn’t make any sense to sing the national anthem, would it? But it’s the bloody State of Origin! Of course we have to show our national spirit when we’re up against… other Australians.”

“I think it is extremely offensive that these players somehow think they can just disrespect the anthem like that,” said an enraged fan outside Lang Park. “Rest assured I’ll be there at every match singing ‘our land is girt by sea‘ at the top of my lungs.”

“Wait, what do you mean that’s not the right lyrics?”

Organisers at the State of Origins have however come to a compromise, with fans now requested to sing the second verse of the anthem instead of the first. “It suits everyone,” they explained, “because fact is nobody actually sings the second verse anyway. Everyone just mouths along or mumbles and hopes nobody else notices. It’s the perfect compromise.”