National
Trump demands recount of his children after Tiffany shows up to dinner
November 23, 2020

WRITTEN BY
Sam Voller
For The Chaser 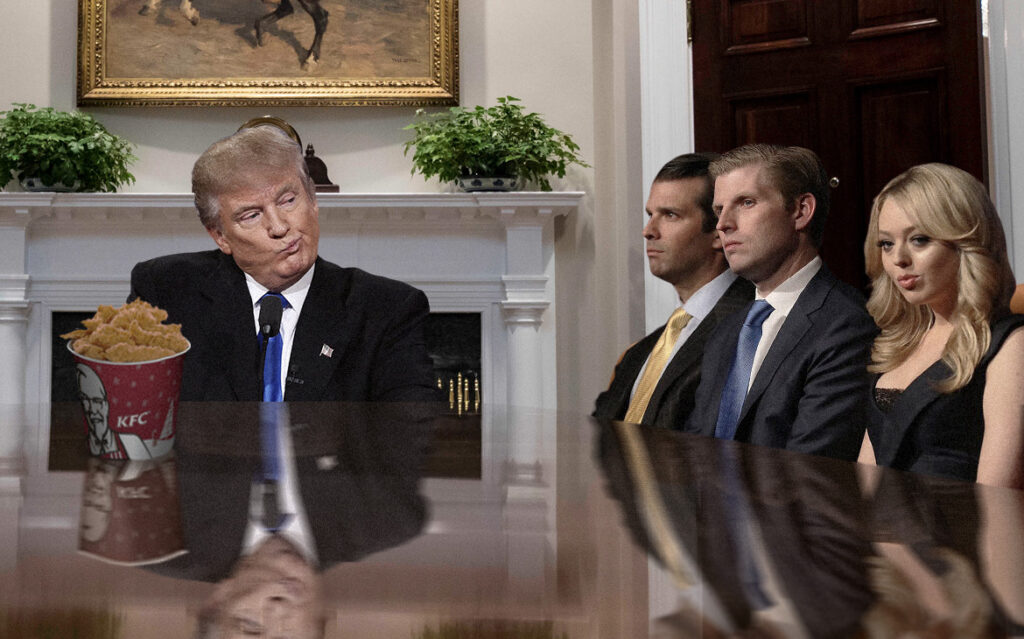 By Sam Voller
President Trump has tonight demanded a recount of his offspring after his alleged daughter Tiffany made a rare and unwelcome appearance at Sunday night dinner at the White House. Tiffany Trump, daughter of Trump’s second wife Marla Maples, has been less frequently glimpsed in public than most members of North Korea’s ruling Kim family.
After briefly mistaking her for a member of staff, Trump brought dinner service to an abrupt halt, demanding Tiffany not be served until she produced a long-form copy of her birth certificate demonstrating him to be her father. “We need to figure out what the hell is going on here,” Mr Trump was quoted as saying. “This whole family is rigged to make me look bad.”
Despite possessing no fewer qualifications than any of her siblings, Tiffany Trump had not been entrusted with any sensitive offices of state, let alone be permitted to appear with her father during his “successful” re-election campaign. Younger brother Barron Trump, 14, has meanwhile been touted as the administration’s new special envoy to Syria.
President Trump has also refused to undertake a paternity test to finally settle the matter, observing that “the more tests they do, the more children they are going to find”, and that he was happy with the size of his family the way it was.
If you enjoyed this article, consider becoming a contributor to the Chaser Beer Fund. For just $1 a month you can help us employ 20 more interns. DONATE NOW