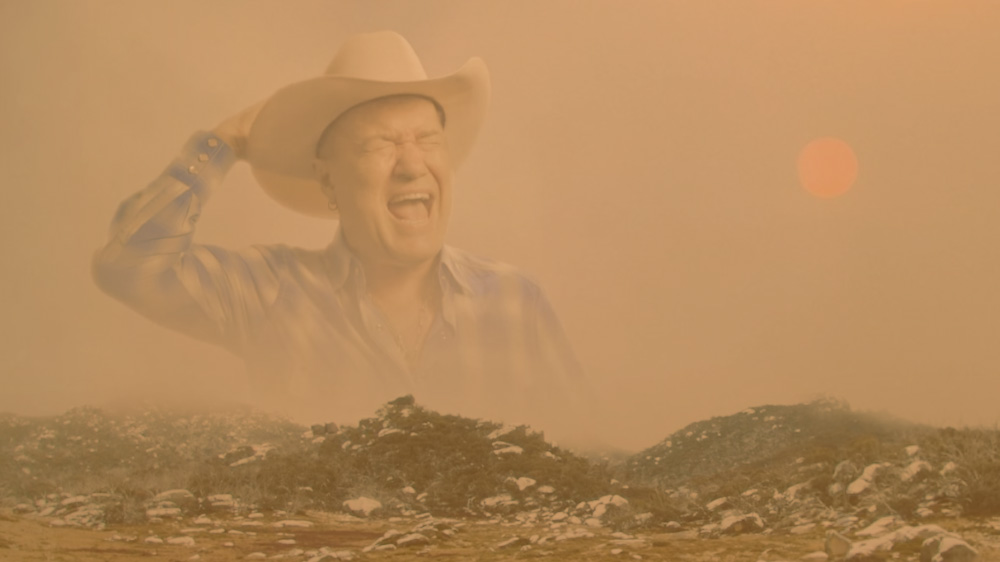 The nation of Australia is in mourning today following reports that the giant screaming spectre of Barnsey that inhabits the sky has been rushed to hospital due to excessive smoke inhalation.

Horrified crowds watched on as the 12 storey tall pub-rock singer turned techo-disco meme screamed at the top of his lungs, before disappearing completely into a thick haze of smoke. “I hope he’s doing okay up there,” said one concerned onlooked, “Unfortunately I heard that his local Bunnings was completely sold out of their 3 storey high K2 facemasks. The guy didn’t have a chance!”

However, doctors at the giant sky hospital say that Sky Barnsey is in a stable condition, with the ominous cowboy omen expected to make a full recovery. “Unfortunately we can’t say the same for Monty Python’s God from the Holy Grail, over here in ward C,” explained a doctor, “that guy was made completely of paper, so he went right up when the fires came through. It’ll take some kind of miracle for him to recover, so we expect he should be back up and walking in about three days.”