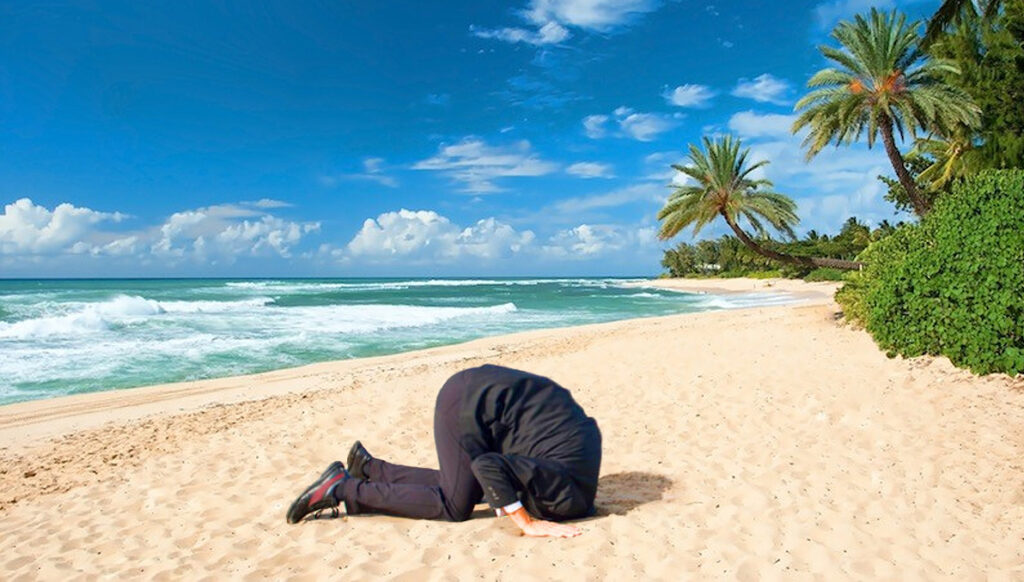 Australian Prime Minister Scott Morrison has today played a fun prank on the nation by burying his head in the sand of a beach while everyone else was asleep.

“Boy, they’re all going to be so surprised when they wake up!” chuckled Scott, “Such a classic prank!”

However, Mr Morrison was surprised to learn from his children that he’s got the prank all wrong. “God dad! You’re so lame!” exclaimed his daughter, “You’re not supposed to bury your head, it’s supposed to be your body! And it’s not supposed to be while everyone else is asleep, we’re supposed to do it to you while you’re asleep. God you’re an idiot, you’ve got this more back-to-front than the time you decided to introduce a religious discrimination bill after everyone got outraged about schools being able to ban gay people! Can’t you do anything right?”

Mr Morrison refused to respond to his daughters comments, simply replying “I can’t hear you, head in the sand, la la la la, can’t hear a thing, everyone’s wrong but me, lalala.”