National
Scott Morrison refuses to confirm if Mr Ratburn from Arthur will go to hell
May 16, 2019 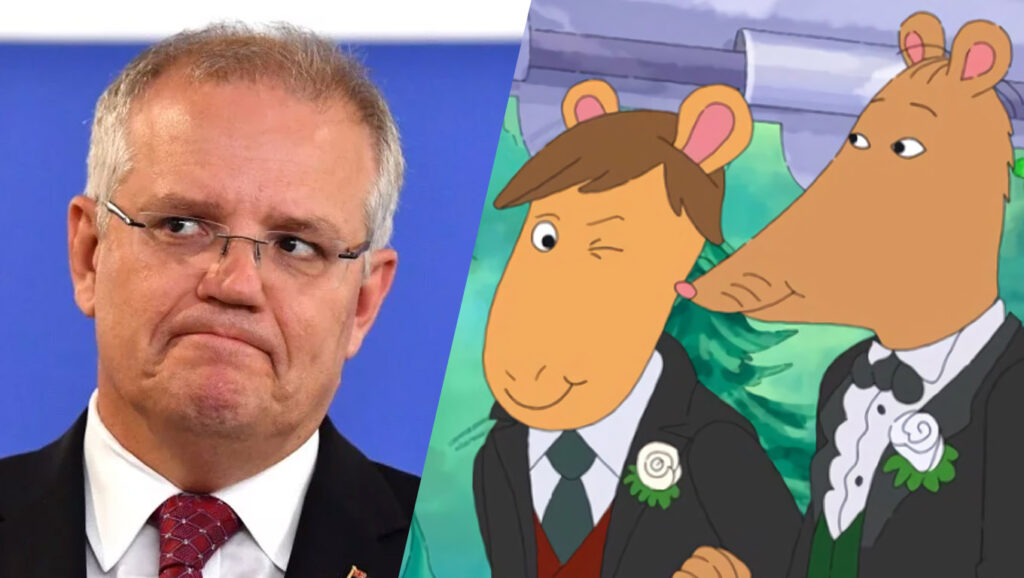 Prime Minister Scott Morrison has today come under intense scrutiny by the press, after a simple doorstop at a local school threw the Christian Prime Minister into a moral conundrum. Asked by an inquisitive kindergarten student whether popular children’s cartoon teacher Mr Ratburn will go to hell now that he has married a man, Mr Morrison said that it was a “good question, deserving of an honest answer” before sprinting out of the room.

Cornered by the press later that afternoon, Mr Morrison still refused to answer the question directly, stating that it wasn’t appropriate to be questioning him on his faith, before posing for campaign photos in front of a nearby church. “The fact is my religion has no bearing on my role as a politician,” said Mr Morrison, “The fact that I abstained from voting yes to gay marriage little more than a year ago is purely a coincidence that should not be looked into further.”

Notre Dame theologist Rev. Johnny Rapid said that it was a fair question to ask of Mr Morrison given his religious views, though the bible is not clear cut on the issue. “On the one hand, Mr Ratburn is a gay teacher, so of course he is legally allowed to be fired in Australia because Mr Morrison is too chickenshit to actually change the law. But on the matter of going to hell, the Bible only talks about a man being with another man, it makes no mention of freakish humanoid half rats marrying strange Aardvark like creatures with bangs, so I think they’d get off on a technicality.”

Senator and part time parking bollard Cory Bernardi agreed with this summation, stating it was exactly what he had warned about all along. “You all thought I was crazy when I warned what gay marriage would lead to. But here we are, dog-man marriages! These half-men half dogs from Arthur getting married is exactly what I was worried about all along.”