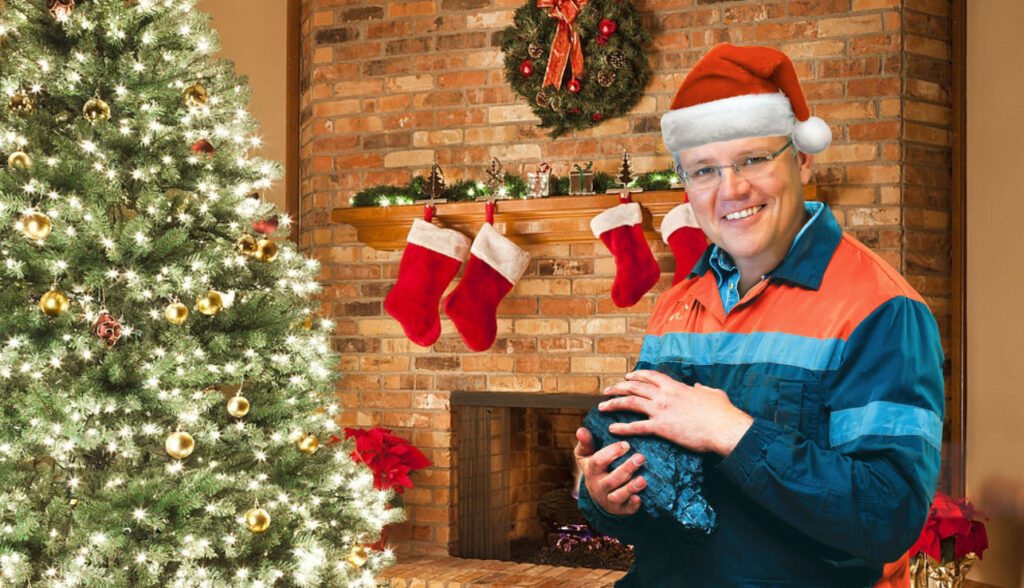 Prime Minister Scott Morrison has today excitedly hung his stocking on the mantlepiece of his family home in excited anticipation of the coal he will be receiving from Santa tonight.

“My wife Janey and I have been extra naughty this year, just to make sure we get as much coal as possible!” explained Morrison to his disinterested children, “quick girls, go hose the driveway for me, just in case I accidentally did something good this year without knowing it.”

However, Morrisons excitement may all be in vein, with Peter Dutton having personally vowed to stop Santa at the border before he can make an unauthorised entry to the country. “I’m making it my sole mission that Santa is sent back to where he belongs – Christmas Island,” said Dutton, “Every Christmas it’s the same thing, illegal entries to our country by an undocumented immigrant and various people trying to hunt me down to make potato salads for their summer, Christmas lunch. Well no more. From now on there’ll be no foreigners crossing the border under my watch, and I’ll finally get that white Christmas I’ve always dreamed of.”

UPDATE: Morrison has been left in tears, after learning that Barnaby Joyce already sold the mineral rights in Morrison’s stocking to Gina Rineheart