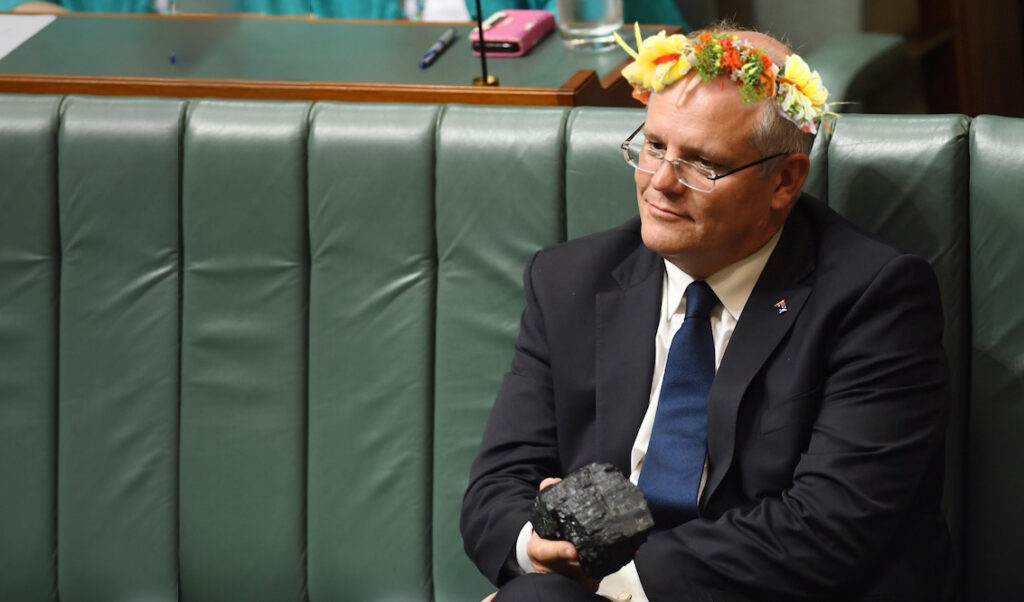 Australians nationwide have been told to return home and batton down the hatches today, following news that National Disaster Scott Morrison is headed their way across the pacific.

“We’re asking that all Australians please stay safe and care for themselves this fire season,” said the fire services commissioner today, “because God knows the Prime Minister hasn’t been looking out for them while he’s living up in a tropical paradise halfway across the world. We’re on our own guys.”

“Who knows what kind of destruction this man may unleash when he returns,” the commissioners continued in a live televised press conference flanked by sign interpreters and safety experts, “whether it be subsidising the coal industry as the country slowly burns, tearing through the arts sector like a hurricane, or simply destroying the toilets at a local Maccas, this man is a once in a lifetime destructive force the likes of which we haven’t seen since that guy who ate the onion with the skin on and pretended to like it. I think we all still shudder thinking back on that national tragedy.”

The government has responded immediately to the escalated danger posed by Morrison, with immigration minister Peter Dutton pledging to close the border to stave off any threat of his return. “It is not in my nature to wield my powers for my own benefit,” said Dutton as he signed off on another 30 au pair’s visas, “but I have to act in the national interest. By detaining Morrison on Christmas Island for the next six years, he gets his holiday on a tropical island while I get to be Prime Minister, everybody wins!”