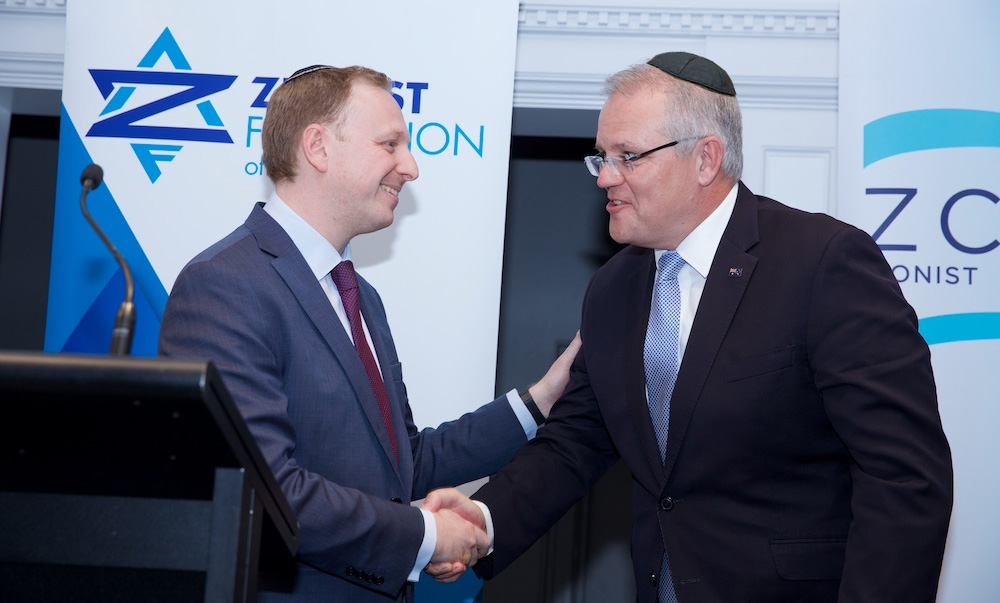 Prime Minister and Hawaii enthusiast Scott Morrison has today announced he will be taking leave from his job as Prime Minister for the next week to celebrate the Jewish holiday of Hanukkah after frantically converting to the religion this morning.

“Shalom mates, it is I, your beloved Prime Minister ScoMo!” Morrison announced in a live press conference moments before being pelted with tomatoes. “I, uh, whoops that one almost got me, I just wanted to, ha missed me, I just wanted to let you all know that due to religious reasons I will be taking the next week off to OW JESUS RIGHT IN THE GROIN.”

Morrison also requested the public respect his deeply held religious belief in the right to take time off during a national crisis, asking that the media refrain from criticising his week long pilgrimage to Hawaii, lest he be forced to accuse them of anti-semitism. “Much like Moses parted the red sea and led my people into the desert, I too am now traveling across a large sea while my people suffer in the heat,” explained Morrison, “so you can see how this is a very holy experience for me.”

Morrison was then pelted with tomatoes again, after explaining he was off to explore his new cultural roots at the Woody Allen film festival.