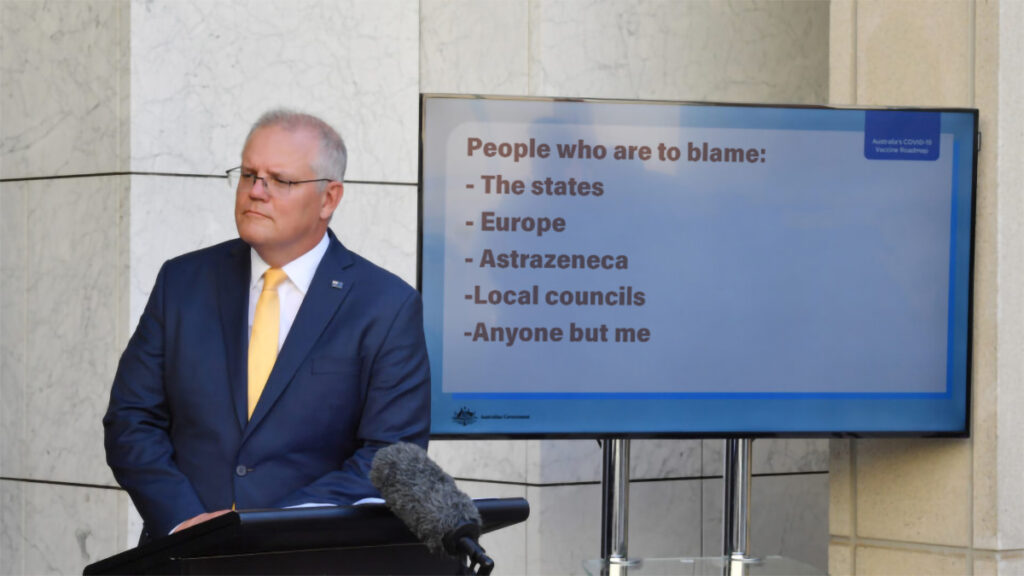 Prime Minister for Men Scott Morrison has sensationally claimed that Australia’s botched rollout of the COVID vaccine is “a local council responsibility.”

Realising that his constant deflection of responsibility to the states might be wearing a bit thin, the Prime Minister urged Australia’s various local councils and community watch groups to “pull their fingers out” on the vaccine rollout.

“As Prime Minister of the country, I am simply flat out dealing with the big issues such as sorting out bin nights and making sure the dog poo in the park is getting picked up. I can’t be expected to deal with vaccines as well!”

Asked whether he is sure that he is holding his “responsibility of each level of government” chart up the right way, Mr Morrison looked down at his notes and responded: “… shit.”

The Office of the Prime Minister of Australia released another statement late last night confirming to those in the Norwood Payneham & St Peter’s council area that next Tuesday it is yellow bin night – and not green.