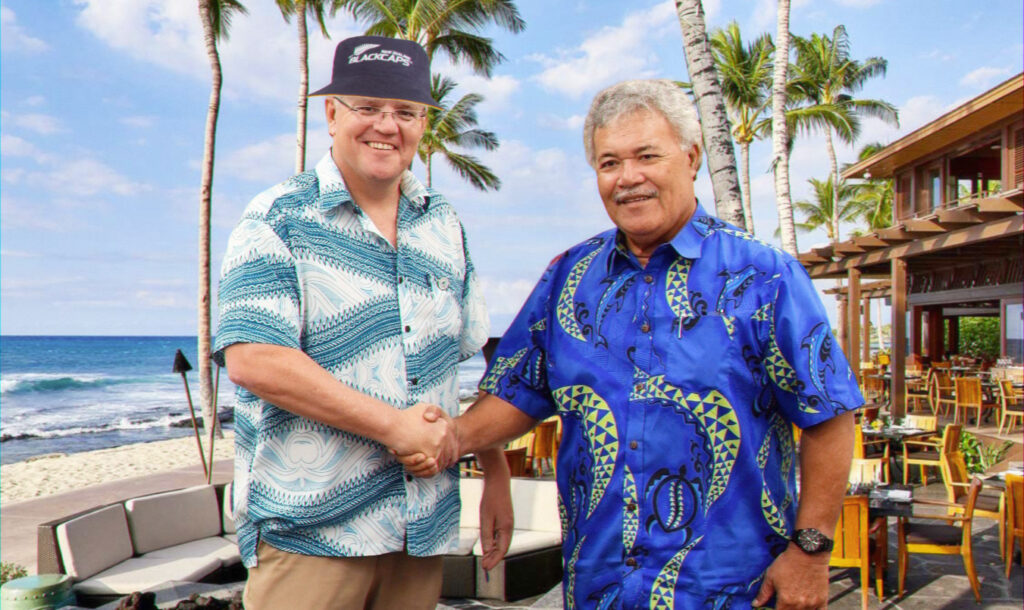 Australians are astounded today at the news that part-time Prime Minister and full-time pillock Scott Morrison has called stumps on 2019 and set off on an unannounced pre-Christmas holiday overseas, presumably in addition to the regular Christmas holiday enjoyed by regular plebs who aren’t rich enough to be life members of the Liberal party.

Demonstrating the political judgement and empathy of a turnip, or perhaps a salad mix that come in a single-use plastic bag, Scott and family were nowhere to be found this morning having snuck off to Hawaii in secret.

When a Hawaiian local asked where he is visiting from, Morrison reportedly claimed unconvincingly that he is actually the Prime Minister of New Zealand, and not the absent leader of a country that is currently getting absolutely ravaged by fires brought on by climate change.

Morrison is reported to be putting his feet up after a long year of attacking trade unions, the unemployed, the disabled, elderly, LGBTIQ+ people, Aboriginal and Torres Strait Islander peoples, refugees, ‘greenies’ and anyone else he can stick the boot into.

‘And they say I haven’t been doing anything!’ he scoffed while sipping a cocktail, ‘How good are holidays?’