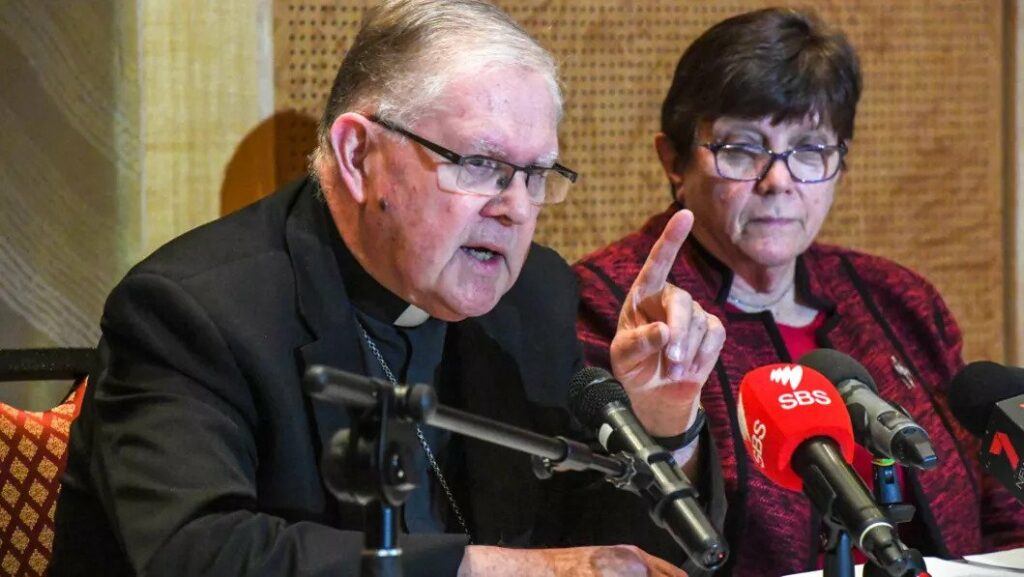 The Catholic Church has spoken out this week, to strongly condemn a proposal by the Australian government to legally compel priests to report paedophilia to police. Stating that there needs to be a clear and respected line between the Church and Australia’s legal system, church leaders then went on to explain that they had suddenly come down with amnesia and are completely incapable of remembering a single thing that the Church said or did last year.

When it was pointed out by journalists that the Church had in fact bankrolled a very large and divisive campaign only twelve months earlier seeking to codify the religion’s beliefs into the nation’s laws, Church officials said they were shocked and surprised at the revelation.

“That doesn’t sound like something we’d do,” said Catholic archbishop George Pell, via a secure Skype connection from the Vatican. “No we’ve always been clear that the Church should exist separate and apart from the laws of Australia. That’s why we went to great lengths to clarify to the public that religious marriage was actually a separate ritual from civil marriage. Doesn’t anyone remember that?”

Pell also sought to dispel fears that the Church is incapable of dealing with the issue of paedophilia on their own. “Given our track record on dealing with paedophiles, I think we can be trusted.” explained Pell, in between furiously shredding papers marked Official Church Paedophile Coverup Instructions. “You can rely on us, if any child reports anything out of order, we’ll see that the child is punished accordingly.”

Pell also explained that it was completely against the teachings of Jesus for priests to seek to protect vulnerable children. “It says it right there in the bible in black and white ‘And the lord said unto his followers, it’s more important to not reveal what is said in a fancy wooden box than to protect and shelter children from harm. So says, I your lord and saviour – Jesus H Christ. P.S. also I don’t like refugees’.”

Pell also went on to explain that creating laws that required priests to report child abuse was a waste of time, as it would only lead to the problem to being deal with in an appropriate manner. “The Church doesn’t believe in making any laws to combat paedophilia,” explained Pell. “Sure we may have run a large campaign in the 80s claiming we shouldn’t make homosexuality legal because it would lead to paedophilia being legalised, but that was in the olden days and we’ve learned a lot from out past mistakes. These days we’ve learned how to condemn gays without smearing the good names of paedophiles, many of whom are our friends and colleagues.”