National
Peter Dutton to take stress leave after learning that he is now gender neutral
March 12, 2021 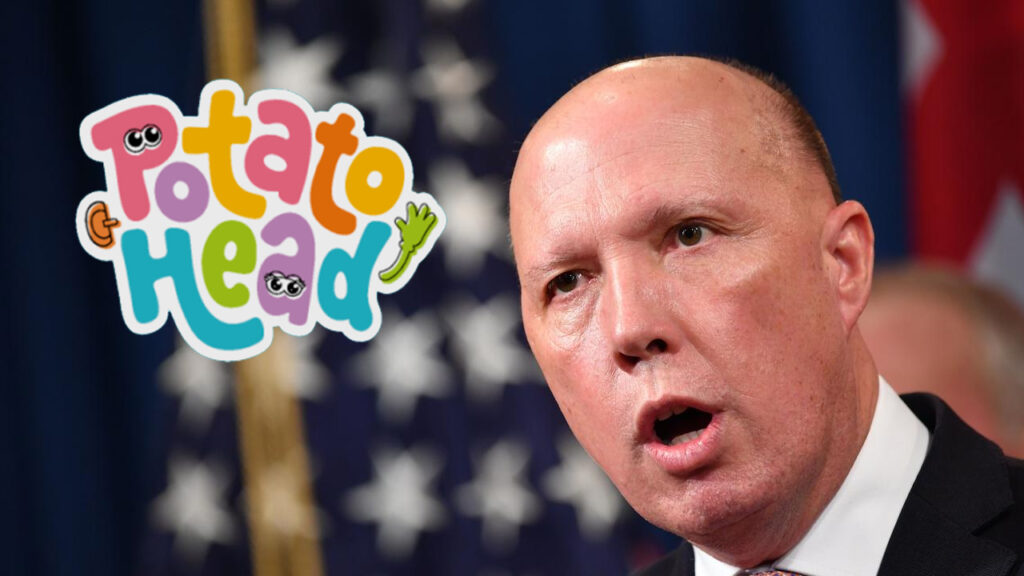 Minister and part time McCains mascot Peter Dutton has today announced that he will be the latest in the recent slew of cabinet ministers taking indefinite stress-leave, after the Immigration Minister learned earlier today that Hasbro had declared him gender neutral.

“As you can probably imagine this has been quite a stressful revelation,” said the minister-formerly-known-as-Mr-Potatohead, “as such I will be undergoing stress leave while I reconsider my views on single-cubicle restrooms.”

“Obviously I cannot answer any questions at this time about my gender status but what I can say is that although I have not read the statement by Hasbro, I did have someone tell me that Hasbro did say something about it, and as such I feel that is enough to pass judgement on this issue. This a very serious problem that could affect my career at the LNP as it means I can not associate with the Big Swinging Dick boys like I wanted to.”

“I beg you please to not lead anyone in the media judge me for this change,” Dutton continued. “I want everyone to know I am still the same Peter Dutton you have always hated.”