National
Peter Dutton spends day strangling local pigeons in case one of them might be American
1st of your 1,000,000 free articles this month 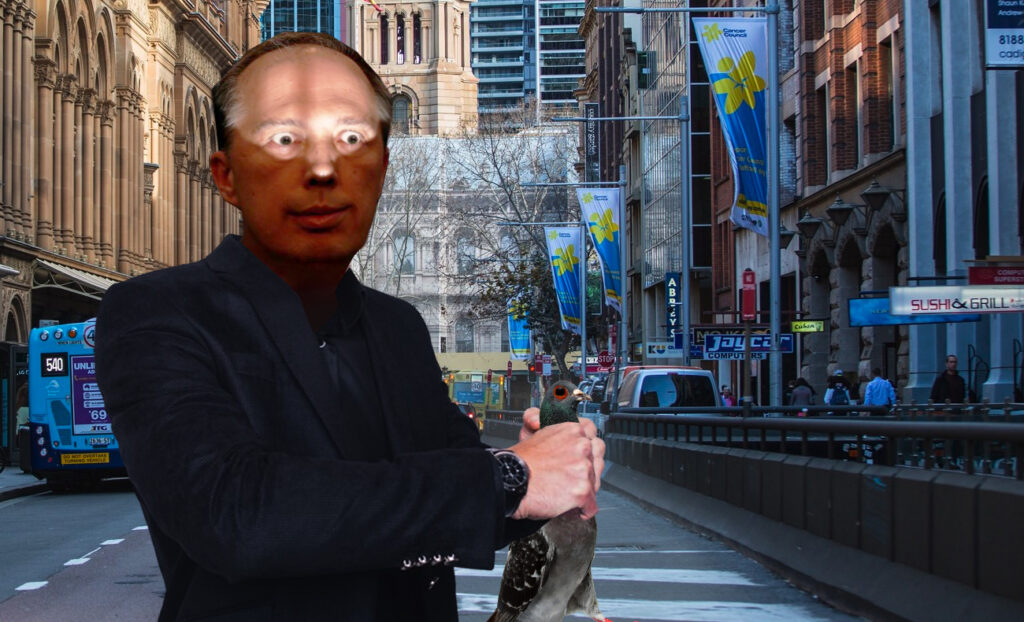 Immigration Monster Peter Dutton has today spent the day brutally executing every pigeon that comes within 5 metres of his house, despite not yet having been briefed about the renegade American pigeon that has breached Australia’s borders.

“What’s that about a quarantine breach?” asked Dutton as he stomped on a nest of baby pigeons. “Oh an American one eh? Well we better make it quick then, I’ve got a puppy kicking scheduled for 3.”

The news comes as the Australian government looks set to pardon the renegade pigeon named Joe this is believed to have escaped a race on the American continent and made its way to Australia, with the government proposing the use of special exemptions to over-ride the pigeons illegal status. “We’re doing everything we can to assist the pigeon’s plight,” said the government that has been keeping children locked up on Manus Island for over 1000 days now. “Ensuring this pigeon is treated humanely is our top priority.”